Time was, an aperitif meant a hugely expensive gin and tonic served in a fancy restaurant while you perused the menu. I’m not one to turn down a G&T, but a broader range of pre-dinner snifters is very welcome.


Of course many of these aperitif drinks have a long and distinguished history and what we are experiencing is actually a re-discovery. But the expansion of bar and cocktail culture is also driving new uses for them to whet the appetites of a new generation of drinkers.


Vermouth is probably the most famous style of specialist aperitif and it is great for drinking alone, over ice, but also adds depth and interest to cocktails.


The process to make it sounds straightforward enough: various botanicals are steeped in grape spirit for a period of time and then mixed with wine and caramel to give the required level of sweetness to balance the dryness of the wine and the bitterness of the herbs. In order to qualify as vermouth, one of the botanicals must be wormwood, or Artemisia absinthium. The Latin name gives you a clue that this is the same herb used to flavour Absinthe, rocket fuel of the Parisian demi monde, the wormwood giving it its hallmark green tinge.


The German for wormwood, Wermut, gives us vermouth in English. Vermouths tend to be around 14-20% alcohol, roughly the same as sherry and port.


The birthplace of vermouth is Italy and its second home is France. The big names, Cinzano and Martini, are both based in Turin, northern Italy and their various incarnations are widely available. Noilly Prat, the classic French vermouth hails from Marseillan, not far from Béziers in southern France. Noilly Prat Original Dry, with its full flavoured, very dry style and hint of herbal bitterness would be my choice for a classic vodka martini.


If you’ve dipped your toe into the aperitif pool in recent years, it may well have been Aperol that tempted you in. Aperol shares some characteristics with vermouth, but the dominant flavouring is quinine, a bitter tasting substance derived from the bark of the quinquina tree, rather than wormwood. Such drinks are collectively known as quinquinas.


Aperol originated in Padua in Italy and became popular between the wars. It’s a slightly disconcertingly bright orange colour and has a bitter-sweet flavour profile – think of a less brightly coloured and less intensely  flavoured Campari.  The in vogue way to drink it is as a spritz: 3 parts Prosecco, 2 parts Aperol and 1 part soda water, over ice with a  slice of orange. As Aperol is only around 11% alcohol to start with, this ends up being a lightish option as an aperitif and has the added virtue of being fizzy, which is what we Brits seem to require in our drinks currently.


There are no hard and fast rules about the different categories of aperitif and in addition to vermouth and quinquina you might also come across Americano, which is usually grouped with the quinquinas as this ingredient is generally part of the recipe. Another issue which muddies the waters is that these drinks usually involve proprietary blends of herbs and spices and the exact recipes will be jealously guarded.


Other quinquinas you might encounter include Dubonnet (£9 from Tesco), which was originally developed as a way of making quinine palatable to French foreign legionnaires fighting in malaria-infested parts of Africa.


The French have a fondness for a range of herbal-infused drinks, including  Suze, which is flavoured with gentian, making for a really bitter drink, and St Raphael, which is red, fruity sweet and only slightly bitter. It’s hard to know if these should be classed as vermouths or quinquinas. You might also come across Dolin from Chambéry on the edge of the French alps, which is possibly a “true” vermouth (£10.49 in Waitrose).


I wasn’t aware that Spain had also had a part to play in the vermouth story, but have recently been put right. Peruse the aperitif section of a Spanish restaurant – Iberica, for example (branches in London, Manchester, Leeds and Glasgow) lists six vermouths, all from Spain – and you’ll see what I mean.


Finally, neither a vermouth, nor a quinquina (or Americano come to that) Pedrino Alcoholic Tonic (£1.90 for a 200ml bottle from Waitrose) is, nevertheless, most definitely an aperitif. It’s a blend of Pedro Ximenez sherry, quinine, citrus and sparkling water that is initially sweet, then tangy, nicely grippy with a  slightly bitter finish.  On its own, it’s a light alcohol 5.5% - combined with gin, it’s a bit more hardcore.

Back to work blues? There's a wine for that

The French have a phrase, “la rentrée”, that encompasses not only our own “back to school”, but also the notion of returning to work post Summer holiday.

How, having got back into the workaday routine, can we recapture some of the freewheeling spirit of Summer? Well, in a phrase that I am hoping will catch on, there’s a wine for that. 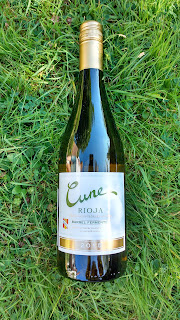 It’s a well-known phenomenon that the “best wine you’ve ever tasted” amid the azure skies and limpid seas of holiday, will magically turn to dull and ho hum when drunk back in the land of the 9-5 and everyday worries. But here are some wines from holiday destinations, tried and tested in laboratory (well, deepest Surrey) conditions, which can give you a reminder of sunnier days and still work their magic back on home soil.

Barbadillo Solear Manzanilla – on offer at £7.49 a bottle until 20 September at Waitrose
I wrote recently that dry Fino and Manzanilla sherries are one of my favourite summer drinks, so I heartily recommend having a bottle of this in the fridge. Fresh, very dry and with a hint of nuttiness and of ozone-y sea air, this is a wonderful aperitif style. Try it with salted almonds or with gazpacho on a sunny weekend lunch.

Hatzidakis Santorini Assyrtiko - £12.99 from Waitrose
This little piece of Greece from the Island of Santorini is surely the epitome of summer. Assyrtiko is a native Greek variety that reaches its apogee on the arid, volcanic soils of Santorini. Grapefruit acidity combines with a juicy stone fruitiness and a whiff of pumice stone to create a flavourful, refreshing mouthful, with wonderful texture. Anything involving seafood, olive oil and garlic will shine with this.

Cune Barrel Fermented Rioja Blanco 2015 - £10.49 from Waitrose; Tanners have the 2014 for £10.30
We mostly think of Rioja as a red wine-producing region – but a warming, oaky red doesn’t quite strike the sunny note we’re after here. White Rioja is less well known, but it is a great style for easing from Summer to Autumn. The flavours are fresh with yellow/green plum fruit, but also some weight and body, as well as spice from the oak fermentation and ageing. This will stand up well to roast or barbecued chicken.

Whispering Angel 2015 - £15.99 (as part of mixed case of 6 – single bottle £19) from The Wine Reserve, Cobham; £15 (if buying 6 or more – single bottle £16.99) from Taurus Wines, Bramley
Rosé has an almost magical property – it can make any glimpse of sun, no matter how fleeting, feel instantly summery.  Whispering Angel is beautifully pale and delicate, but with lovely, slightly herbal flavour and real persistence. Try it with the last of the summer salads, especially if tomatoes are involved.


A perhaps surprisingly fresh, light and delicate red from Sicily, made from the native Frappato variety. With its light body and cherry fruit yet still food-friendly dryness, it is renowned locally as the perfect red wine for fish, and who am I to disagree? If you get a late summer hot day, it will take well to chilling.
at 06:03 No comments: