Champagne - more to it than meets the eye

A Champagne house’s Non Vintage blend is their shopfront, accounting for 80% or more of their sales. Its job is to reflect the house style, consistently, year in, year out.

Veuve Clicquot, for example, is known for the high proportion of Pinot Noir in its Brut Non Vintage (the iconic Yellow Label), usually accounting for just over half of the blend, followed by Chardonnay and Pinot Meunier. Other grande marque Champagnes with a similar emphasis on Pinot Noir include Bollinger Special Cuvée and Lanson Black Label Brut NV.

But if you try these three Champagnes, you’ll find big differences in style between them. Lanson is incredibly fresh, with lasting, lemony acidity. Bollinger, by contrast, is full flavoured, rich and spicy. Veuve Clicquot Yellow Label lies perhaps somewhere between the two, with a mix of fruit and brioche aromas, combined with structure and length on the palate.

There is clearly much more to Champagne house styles that just the blend of grapes involved. Things that also have a key role to play are where in Champagne those grapes come from: Chardonnay from the heart of the chalk-rich Côte des Blancs will usually be much more linear, austere even, than Chardonnay from the more southerly but still chalk-rich area of Montgueux, for example. The amount and age of the reserve wines, wines from previous harvests used to smooth out vintage variations and to preserve house style, are also key considerations. How long the wine ages in the cellar (on its lees) before release is considered an important element for quality. Finally, the winemaking itself puts its stamp on the final wine.

One of the key winemaking decisions is whether to use oak for fermentation and/or ageing. Bollinger, again, is perhaps the most well-known Champagne where the use of oak is key to its rich flavour. Moët et Chandon’s Brut Imperial NV has no oak ageing, in keeping with its fresh, supple style.

Veuve Clicquot’s Yellow Label Brut NV, has, for the past few years, contained a very small proportion (as little as 1-2%) of oaked wines. This development has been driven by their cellar master, Dominique Demarville, who has pioneered the use of oak in Veuve’s vintage Champagnes since his first vintage in 2008. 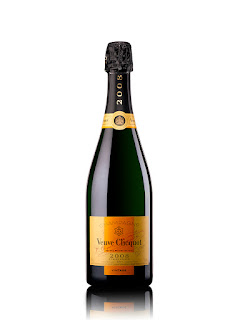 Vintage Champagnes, by definition, must only contain wines from a single year of production. Dominique’s thinking was to give Veuve’s Vintage Champagnes some of the spice and complexity that their Non Vintage Champagnes gain from the addition of older reserve wines. The amount of oak used, even in the Vintage, is small – only 5% in the newly released 2008.

Can you tell it’s there? Ultimately, it’s impossible to say, as Veuve Clicquot do not release an oaked and an oaked version of their wines. However, sampling oak aged and tank aged samples of wines from the 2015 vintage, the effect on the individual wines is pronounced, changing not only the flavours of the wine, but also its texture, how it feels in the mouth.

Veuve Clicquot Vintage 2008, the finished article, has aromas of rich, creamy spice and baked apple. It is a full flavoured wine with lovely depth and fruity, savoury notes. The oak aged element obviously contributes to the overall picture, but I would be hard pressed to detect any actual oakiness. I’d be delighted to drink it now, but like all Vintage Champagnes, it is designed to age and develop further depth and complexity over the coming decade or more. The Vintage Rosé 2008 is, if anything, even more delicious, with added depth from the addition of still red Pinot Noir, the traditional way to make rosé Champagne. 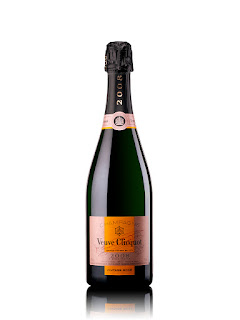 So, while Champagne can seem like the most frivolous and easy to enjoy of wines, the work that goes into crafting it is intricate and always evolving. Something to ponder next time you pop the cork on a bottle.

Have I gone mad? What on earth am I doing writing about Sherry in the summer? Is it not condemned to gather dust on the shelves until December, when you get in a bottle for granny to sip?

But no, for me, sherry is one of THE quintessential summer drinks, especially the light, dry styles – fino and manzanilla. I buy a bottle and stash it in the fridge, waiting for a balmy evening to arrive, then enjoy it in the sun with tapas.

Both fino and manzanilla start out life as a rather ordinary white wine, made from Palomino grapes grown in the chalk-rich albariza soils of Jerez. The magic that transforms them from ho hum to aperitif par excellence comes from fortification by grape spirit and ageing in barrel for three or more years.

Sherry ageing is special for a couple of reasons. Firstly it uses a solera system, so that new wines are added at the metaphorical “top” of the stack of barrels. As new wines are added to these barrels, some of the older wines are moved down the stack to make room. Wine that is ready to be bottled is drawn from barrels at the “bottom” of the stack, which contain a mix of wines with a range of ages. So you can never really say exactly how old a solera-aged sherry is, as it is a blend of all of the wines in the solera, mostly the younger ones, but including tiny amounts of much older wines. This helps to give sherry its consistent character and adds characteristic complexity.

The other oddity of sherry ageing for finos and manzanillas is that they are aged in not quite full barrels where a layer of yeast (or flor) develops on the top, imparting a unique dryness and body to the wine over time.

Both fino and manzanilla are made in this way, but manzanilla is distinguished by being made and aged around the port of Sanlúcar. It is generally the lightest and driest of the finos, with a faint marine tang.

What to drink with fino? The Andalucians have a handy aide-memoire to help: If it swims, serve fino. If it flies, serve amontillado. If it runs, serve oloroso. 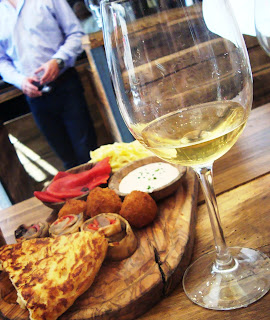 I agree that fishy things go wonderfully with the dry tanginess of fino. Spanish-style anchovies (boquerones) and squid have no better drinking partner. But I also crave an ice cold glass of it with a range of tapas – gazpacho, tortilla, olives….I could go on.

En Rama styles of fino have become fashionable recently, and with good reason. These unfined and unfiltered wines (en rama means raw) are like regular fino with the volume turned up. They are the sexier, more flamboyant fino brother. Deeper in colour, they have richer flavours and feel weightier, yet still bone dry. This makes them even more food friendly and you could easily keep sipping this throughout your meal.

What about the fortification? Aren’t these wines are bit high in alcohol to drink in the same way as other wines? Finos are fortified only until they reach around 15%, so they are more alcoholic than most white wines, but not much.

So please, liberate these sherries from the confines of Christmas. They are great food wines, perfect for summer and a brilliant bargain to boot. And please do treat them like wines – keep them in the fridge and, once open, finish within 2-3 days. 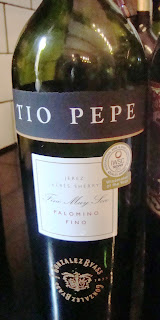 Hennings Wine Merchants have Tio Pepe Fino En Rama at £9.99 for a half bottle.

Manzanilla
Hidalgo La Gitana Manzanilla - £8 from Waitrose
This bottle looks and tastes the part, and has a lovely hint of saltiness giving it extra refreshment value. Incredible value.

Also be sure to check out supermarkets’ own label sherries. They are generally brilliant value, made by some of the most famous names in Jerez. Waitrose’s own label Manzanilla Fina is just £6.99 a bottle and scooped a silver medal in this year’s International Wine Challenge.