Wines for an Easter feast

If lamb is on the menu, rejoice, red wine fans, as there is nary a red wine that doesn’t go with this meat. If your joint is proper spring lamb, then stick to the lighter end of the scale with a Beaujolais or a juicy New World Pinot Noir.

Marius Michaud Moulin-à-Vent 2014, Beaujolais - £8.99 mix six price at Majestic
From one of the best Beaujolais crus, or villages, this is a lovely Spring-like wine with perfumed, juicy red fruit with a meat-friendly savoury finish.

Errazuriz Wild Ferment Pinot Noir 2013 - £13 from Morrison’s
Wild ferment means letting the naturally occurring yeasts on grape skins and in the air to ferment the grape juice into wine – the norm in Europe, but not so in the New World. This gives the wine more layers of flavour and complexity and, here, adds a layer of interest to the red fruit and clove spice.

Last year’s lamb, known as hogget, offers a fuller flavour and matches happily with all manner of full bodied reds. The French are brought up knowing that a gigot d’agneau should be served with a claret, preferably from the commune of Pauillac – and I am not about to contradict them. But you could also happily serve it with any full-bodied, savoury red from Bordeaux, Rioja, the Rhône and beyond. 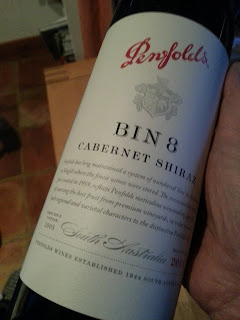 Penfolds Bin 8 - £19.99 from Waitrose
I’m not a fan of naming wines by numbers, but I doubt my opinion counts for much, and it doesn’t seem to have done any harm to the fortunes of Penfolds – and in any case the wine itself is quite delicious. This is that quintessential Aussie blend of Shiraz and Cabernet that delivers plenty of rich, ripe blackcurrant fruit with a lovely herbal edge and proper tannic structure. It’s made for meat.

If you’re a white wine drinker only, look for something full flavoured and rich – so a white Burgundy or other oaked Chardonnay would work, as would a richer Chenin Blanc from either the Loire or South Africa. 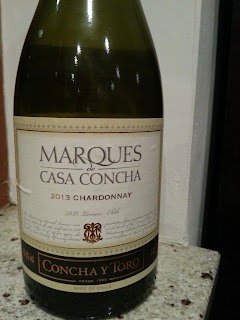 Marques de Casa Concha Chardonnay 2013 - £8.50 at Asda, down from £12 to £9 until 12 April at Tesco
Don’t let the dull label put you off, this is a great buy at these prices. This Chardonnay, from the Concha y Toro stable, is from Chilean Chardonnay hot spot Limari and offers plenty of peachy, nutty flavour; the richness balanced with great acidity.

Cornelia Swartland White 2015 - £10 from Marks and Spencer
A Chenin Blanc dominant blend from South Africa’s arguably most exciting wine region, made by one of its most exciting winemakers. There’s lots going on here – it’s juicy, fruity, savoury and herbal.

Then comes the thorny question of wine and chocolate. If you’re tucking into a dark chocolate, high cocoa egg, you could try an LBV Port, or other fortified wine made in a similar way, such as Maury from Southwest France. 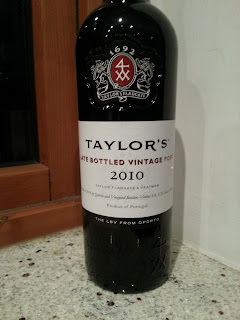 Taylor’s LBV 2010 - £15 from Asda, Sainsbury, Morrison’s, Waitrose and The Co-op
LBVs are a step up in quality and flavour from regular ruby Ports. They still have plenty of rich fruity flavour and some lip-smacking tannins, making them a good partner for dark chocolate, or for rich dark chocolate desserts, especially if there’s some red fruit in there too – Black Forest Gateau anyone?

If your tastes are for something made of milk chocolate, be it Dairy Milk or a Lindt bunny, I do hope it’s yours and not one that you’ve nicked from the children. And the best thing to drink with it? A cup of tea.
at 02:43 No comments:

Wines to put a spring in your step

Even if sunny spring weather goes AWOL, you can still put a spring in your step with a glass of something light, fresh and fruity. 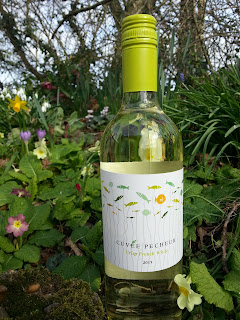 Cuvée Pêcheur 2015 - £4.99 from Waitrose
If you’re looking for something to have on standby for when the sun comes out, or are planning a spring party, look no further. This is a blend of Ugni Blanc and Colombard (both varieties usually backing singers rather than the headliner) from Southwest France that has plenty of zing and a bit of floweriness. Buy and enjoy this now – all its charms stem from its youth and freshness.

Muscadet Sèvre et Maine Caves de la Nantaise 2014 - £5.95 from The Wine Society
Remember Muscadet? Remind yourself why you loved it with this delightfully fresh, light-bodied (and light alcohol, just 11.5%) wine with a hint of the sea and oyster shells about it. 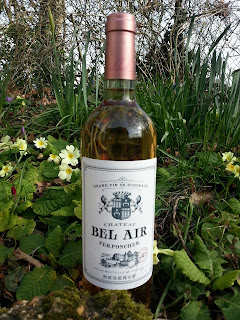 Bel Air Perponcher Rosé 2015 - £8.50 from The Wine Society
With rosé, more than any other wine style, eye appeal is vital; it epitomizes the idea that we taste with our eyes, so the wine’s colour (and to some extent packaging) is almost as important as the flavour. This charmer is a beautiful pale shell pink with a mixture of lemon zest and pith, and hints of redcurrant fruit. A perfect glass on a sunny afternoon in the garden. 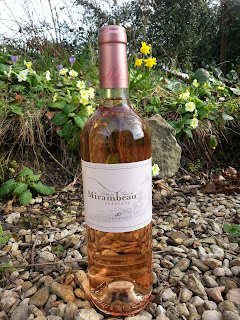 Château Tour de Mirambeau Rosé Réserve 2014 - £10.60 from Tanners
If the weather warms up sufficiently that you throw caution to the wind and get out the barbecue from its winter quarters, this could be the wine to match. Hailing from Bordeaux, it is made from Cabernet Sauvignon, a grape renowned for making wines big on fruit and structure – so it shouldn’t surprise you that, even as a pink wine, there is plenty of black fruit flavour with a hint of woodiness, warmth and spice. This is a powerful, food friendly wine that would go well with marinated lamb chump steaks.

Rosa dei Frati 2014, Cà dei Frati - £14.75 from slurp.co.uk , £16.49 from The Wine Reserve (Cobham), £16.90 from Hedonism Wines (Mayfair)
This is a beautiful pale, negligée pink colour and comes in an equally pretty bottle. Fresh strawberry fruit combined with lemony acidity makes this a great "glass in the garden in spring" wine, which also stands up to vinaigrette dressing or a tomato tart.

Rainbows End Cabernet Franc 2013 - £11.99, Hard to Find Wines (htfwines.co.uk)
Cabernet Franc is just right for spring and summer and this one is a textbook example from South Africa. Ripe red fruit and pencil shaving aromas give way to a palate that is densely flavoured, but with all important fresh acidity. A joy and – at this price – a bargain.
at 10:09 No comments: