Pick a variety, any variety...

Grape variety that is. There are a handful of internationally famous ones that have managed to put down roots all over the wine world. These are the A listers of the wine world, but there are many hundreds of other grape varieties which have every bit as much class, but which have stayed in their native lands, quietly helping to make unique and characterful wines.

One place which can lay claim to having more such varieties than anywhere else is Portugal.

Despite being firmly attached to its larger neighbour, Spain, it has a distinct linguistic, cultural and geographical identity, thanks to its relative isolation. In wine terms Portugal is like a dragon guarding a vast hoard of treasure in the form of myriad indigenous grape varieties, most of which have never travelled abroad.

Twenty or more years ago you could be forgiven for wondering why they bothered, when many of the wines that Portugal produced appealed only to local tastes: reds typically had rasping acidity, astringent tannins and any fruit long since dried out due to long years of barrel ageing. However, luckily for today's drinkers they persevered and, largely, did not succumb to the lure of the international jet set varieties.

Because over the intervening years Portugal has seen a revolution in wine-making and are now in the envious position of being able to apply modern techniques to their unique range of grape varieties.

Just how many native grape varieties are there in Portugal? Not an easy question to answer. Some sources quote as many as 500 – though this doesn't take account of the complex web of names, whereby the same variety can have two or more names – but equally the same name can be applied to what are, in fact different varieties. Some even go so far as to change sex, such as the white variety, Fernão Pires, which becomes Maria Gomes as it travels from south to north.

Here's an attempt to clock up more varieties than you might usually meet in a dozen bottles, in just three wines, though I'm recommending them for their deliciousness: 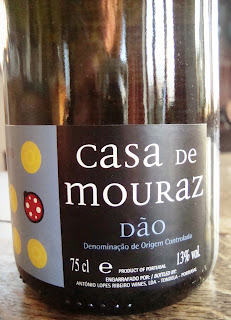 Casa de Mouraz 2010 - £9.95 from The Wine Society
Here is a typical cocktail of indigenous varieties. First on the list is Malvasia fina, which is part of the vast family of grapes (some more in-laws than blood relatives) which go by this name. Malvasia in some form or other crops up again and again across the Iberian peninsula, through France and Italy and on into Slovenia, Croatia and Greece. One of its most famous incarnations is as one of the varieties that contributes to that great, underrated fortified wine, Madeira – in this country we have anglicised it to Malmsey.

One of the few things that people know about Malmsey is that someone once drowned in a butt of it. That someone was George Duke of Clarence, brother to Plantagenet King Edward IV and to the future Richard III. The drowning was no binge drinking-fuelled accident, but the method of execution chosen by the Duke himself, having been condemned to death for plotting against his brother Edward. If you were artistocratic enough it was possible to avoid the unpleasantness of hanging, drawing and quartering for such a crime – though of course he still died at the end of it. And it must have made family Christmases a bit awkward.

Next we find Cerceal (pronounced sair-see-al) Branco. Our brush with Madeira might make you think Cerceal, must be a synonym for Sercial, another grape variety of the island. But apparently you'd be wrong, and it isn't. Encruzado is probably a new variety to you, but contributes a certain leafy character. It's all rounded off with some ageworthy Bical, which has the charming synonym Borrado das Moscas, or fly droppings. 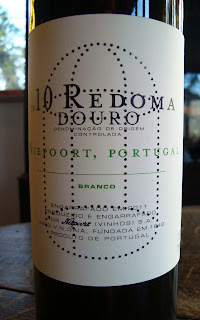 Redoma Branco 2010 - £17 from The Wine Society
This is from the stable of Dirk Niepoort, who has arguably done more than any other winemaker to raise the profile of unfortified wines from the Port-producing Douro Valley.

Here we clock up another five varieties in a single bottle: Rabigato (meaning cat's tail), Codega (aka Roupeiro in case you wondered) and the fresh acidity of Arinto. Also in the mix is Gouveio, which is a type of Verdelho – but not the same variety as either Verdelho in Australia or Verdejo in Spain. This variety is known as Godello in Spain. Still with me? Finally there's Viosinho, a traditional variety used in the making of white Port.

The wine is made in the Burgundian style with fermentation and ageing in French oak barrels and casks – but the many-layered flavours which unfold on the palate are uniquely Portuguese, thanks to that cornucopia of varieties. 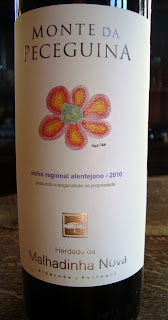 Monte de Peceguina 2010 - £18.99 from Selfridges
Wine lovers owe a lot to the Alentejo: the expansive, undulating plains of southeast Portugal are home to the world's biggest cork oaks forests. Alentejo is also the country's New World of wine – here native varieties happily rub along with their more famous international cousins.

Here we have: Aragonês, better known outside Portugal as Tempranillo, Spain's major grape variety, which is called Tinta Roriz in Douro and the north. Alicante Bouschet is generally viewed at best as a workhorse variety – unlike most black skinned grapes, it also has coloured flesh, contributing colour to otherwise weedy wines. Only in this corner of Portugal does it seem to have found its niche and produces wines of inky, dense fruit. Touriga Nacional is arguably the jewel in Portugal's crown as far as grape varieties go: it is the keystone of many Douro red wines, not to mention its finest Ports. It contributes dark, violet-scented fruit and a hint of spice. Syrah and Cabernet Sauvignon complete the picture.

This is the kind of wine that you can drink whatever your mood. Like a favourite armchair it will envelop you with its generous, juicy fruit – but it also has the backbone to stand up to food.

Well I make that 14 varieties in just three wines – and believe me, there are plenty more to go.
at 09:35