There are some wines that are like catnip for wine writers – we just can’t get enough of sherry or Riesling – but which never seem to float the boats of consumers. Conversely, there are wines which have enduring commercial success, but which we in the trade find it hard to get excited about. And perhaps the prime example of this is Marlborough Sauvignon Blanc.

I suppose we have just tasted too many – and too many poorly made, unexciting and “attack of the clones” Kiwi Sauvignons – to get excited. Which is a shame, are there are plenty of good ones – just too much poor stuff as well.

So it was good for me to be made to taste the wines of Churton (I know, poor me, who’d have the job of a wine writer?) recently.

From the outset there are signs that Churton is not just A N Other Sauvignon Blanc. Viz, an ex-pat English owner/winemaker with a background in selling fine wine here before he crossed the world to New Zealand; ageing of the wines before release rather than bottling almost before the fermentation has finished; and use of biodynamic methods. The vines are grown on slopes above the valley floor, where the majority of vines grow on flat land that is easy to work and harvest by machine. 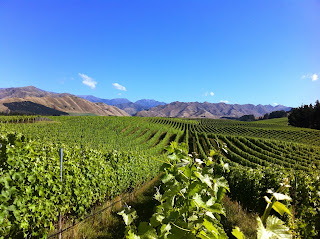 I think you can tell from my preamble that these wines are not going to be cheap – but I would argue that, given their quality and the care and attention that goes into them, they actually represent good value for money. 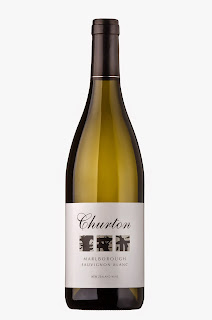 2013 is the current vintage for Churton - and 2013 was a great vintage here. The ageing on lees gives the wine a lovely richness and texture, but it retains its acid structure and the finish goes on and on. The fruit is citrussy, with notes of elderflower and a hint of flintiness.

Also look out for Churton Best End 2013 (yes, as in best end of lamb), a single parcel Sauvignon Blanc made in this exceptional year, which has been given the barrel fermentation and ageing treatment. Churton’s Viognier is a revelation and their Pinot Noir is, as you might imagine, not too shabby either.
at 06:22 No comments:

Chile has a reputation for being sort of middley – a source of good value, reliable wines that are predictable and safe. Almost uniquely among wine producing countries, its sales are built on exports, rather than domestic consumption, so they have played their hand astutely, making wines with broad international appeal.

Sometimes it can feel all a bit corporate, as if men in suits are the ones in control, deciding which grapes are grown, and where and how the wines are made.

But recently there have been signs that the winemakers themselves are getting restive, tired of turning out glossy, international-style wines that could have been made almost anywhere and that they themselves don’t want to drink.

This quiet revolution is taking inspiration from the past in the form of the re-discovery and re-evaluation of old plantings of untrendy varieties like Carignan and Païs; a return to picking grapes earlier so that they retain natural freshness and acidity; and eschewing new oak barrels for ageing wines in favour of bigger, older vessels which don’t mask the flavours of the grapes. There is also an impetus forwards to the future of wine, pushing the boundaries of viticulture east up into the Andes, west to cool coastal areas, south towards the ice fields of Patagonia, even north to high altitude sites on the way to the arid Atacama desert.

Where to find the new, old Chile:

Morandé Vigno 2009 - £29.10 from Hedonism Wines
A taste of old vine Carignan from the Maule Valley, a field blend that also incorporates Syrah and Chardonnay, it’s tangy, fresh and alive with flavours of red fruit and dark, rich cocoa. It also won a Silver Outstanding Medal at the IWSC.

Viña Casa Silva Cool Coast Sauvignon Blanc 2014 – around £14-15 from independent merchants including Avery’s and Oxford Wine Company
Zesty, pithy, citrus flavours and a distinct minerality – this is a new style of Chilean Sauvignon from the chilly, Pacific-cooled Paredones vineyard.
at 06:06 No comments: