Every day is Mother's Day

This Sunday, in case you need reminding, is Mother's Day. And yes, technically this is a religious festival and the mother in question is supposed to be the mother church. But try that line with the mum in your family, as you explain that there is no lie-in, breakfast in bed, slap up lunch or just a cheery bunch of flowers to look forward to and, well...don't say we didn't warn you.
A popular choice, at least in the two Heathers' households, is a nice bottle of something – and preferably something with a bit of sparkle to it. If you would like to follow suit, then in the interests of familial harmony, Heather D has conducted some entirely unscientific research on your behalf, to help guide you in your purchases. 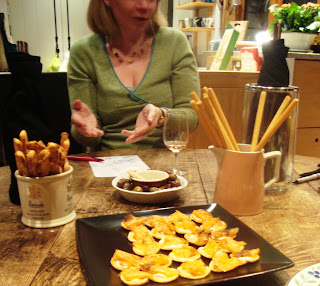 A crack team of highly qualified tasters was assembled, ready to pit their finely tuned tastebuds against a selection of five popular pink fizzes, ranging in price from £7 to £37. In order for our, ahem, research session to stand up to scientific scrutiny, the wines were all tasted blind, so that the tasters did not know what they were drinking. The mums (for that was the entry qualification for this taste-off) slurped, sniffed and failed to spit out all the wines on your behalf and the results are produced here.
Good news, bad news 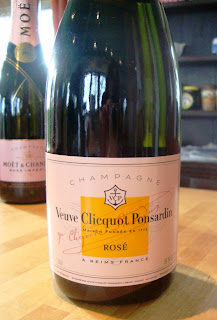 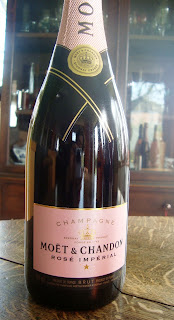 First the bad news – there were two pink Champagnes in our line-up and they came in first and second place in our results table. Top of the fizzy pops was Moët & Chandon Brut Rosé NV (RRP £36.99), followed by Veuve Clicquot Brut Rosé NV (same price). The mums rated these two above the others for their “light” and “dry” style, with some detecting a hint of blackcurrant in the Moët. A couple found a slight bitter aftertaste in the Veuve, but obviously found it pretty attractive overall.

The good news for hard up sons and daughters is that equal second place in the line-up was Jacob's Creek Sparkling Rosé, around £9.49 and widely available. “Very drinkable” was a phrase that cropped up when discussing this wine – though, come to think of it, “very drinkable” cropped up quite a bit throughout the tasting...hmmm.

Cava is often the fizz we go for when we're in a hurry, but can't afford the posh stuff. However, Sainsbury's Taste the Difference Cava Rosada Brut Vintage (£7.99) was lacklustre on the night: “watery” and “crude” were just a couple of the damning comments it drew.

However disappointing the Cava, however, it did trounce the Millione Vino Frizzante from Italy (£7.97 from Sainsbury's and elsewhere). It's the kind of wine that you want to like, as it is a social enterprise, where each bottle sold contributes to humanitarian projects in Sierra Leone. Buying it might make you feel good, but drinking it, perhaps less so, if the comments of our tasters are anything to go by: “strange” and the pithily concise “yuk”.
The moral, dear readers: a bottle of Jacob's Creek would undoubtedly be welcome, but a smart pink Champagne has it beaten on looks and taste. And if the mum in your life appreciates the good things in life, the ultimate pink fizz is Bollinger Grande Année Rosé 2002, £85 from Selfridges. Pale salmon in colour, the lively strawberry fruit and hints of rose petals draw you in. Delicate, but with great depth of flavour, wonderful to sip on its own, yet equally lovely with suitably elegant food. Definitely a grand gesture wine, but you might get to share it, don't forget!
Along with the fizz, a favourite gift to accompany is a bunch of flowers – and sorry, our remit doesn't go as far as testing garage forecourt bunches versus an artistic creation from a proper florist. However, if you're plumping for that other standby, a box of choccies, then we are your, er, men. 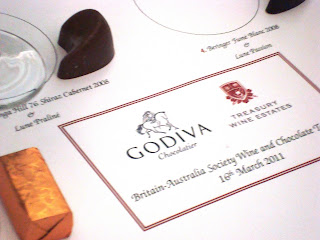 In fact, the indefatigable Heather D went to far as to attend a wine and chocolate tasting – purely in the interests of research you understand. There were some brave matches (which is code for uh, no), including a pretty dry Riesling with an almond-cream filled milk chocolate. In our experience milk chocolate is so mouth-coatingly sweet that it's a tall order for any wine, red, white or fizzy to get along with it. 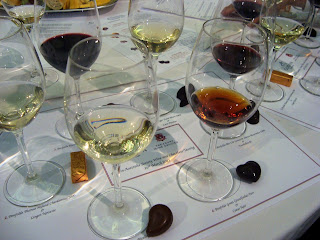 Much more successful is a really fruity red wine with dark chocolate – so the lady may love Milk Tray, but perhaps she should give Black Magic a try if she also likes a glass of red wine. We tried a dark chocolate praline with 2008 Penfold's Koonunga Hill 76 Shiraz Cabernet (RRP £10), which accomplished the neat trick of toning down the exuberant fruit of the wine and making the chocolate taste less sweet too. 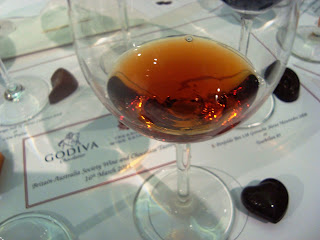 However, the best match of the night was an Australian version of Tawny Port, served in this case with a ganache-filled dark chocolate – though I suspect just about any chocolate would work. The sweetness, power and layered nutty complexity of Tawny Port is THE wine to choose if you want to find a match made in heaven for your box of chocs. The Australian version we tasted is not currently available in the UK, but a 20 year old Tawny Port will have the right depth of raisin, nut and caramel flavours. The big names such as Graham's or Taylor's 20 year old tawnies are widely available for around £35. If your budget doesn't stretch that far, then a 10 year old such as Warre's Otima, widely available for around £13 for a 50cl bottle, may not have all the exquisite depth, but delivers plenty of rich nuttiness for the price.
at 01:27