Vintage Port - it pays to know your history

I’ve been lucky enough recently to taste my way through quite a few Vintage Ports, which allowed me to have a metaphorical rootle around in the historical files of some of the grandest names in the Port world.

Sandeman hosted a tasting of twenty of their Vintage Ports from 1944 to 2011, giving a rare (for me at any rate) chance to taste mature Port and to witness its transformation from the intensely coloured and flavoured 2011s, which it would surely be a crime to think of drinking any time in the next ten years; to the delicate, ethereal 1944. 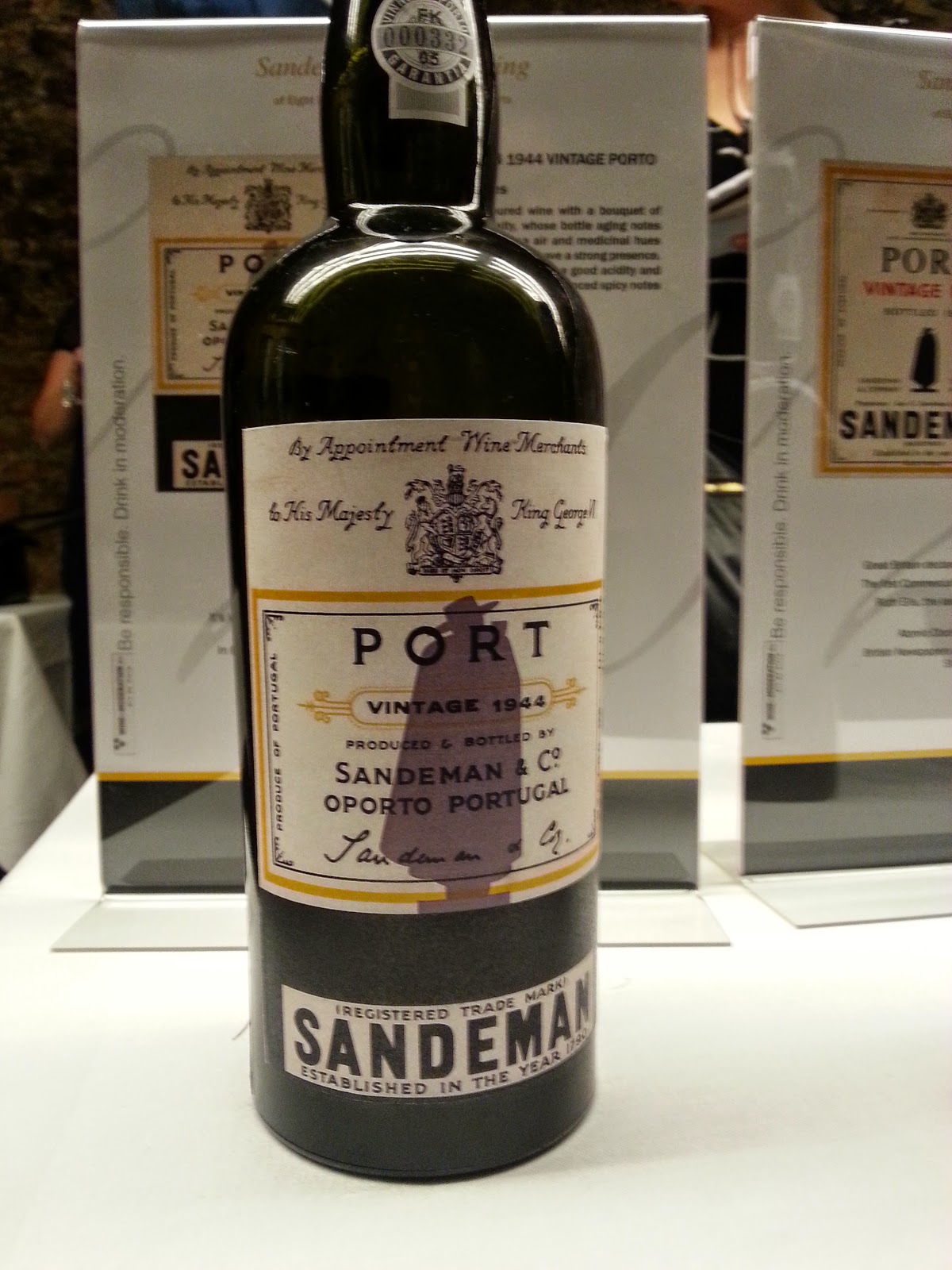 Every Port fan would probably have had their particular favourites in the line-up on offer. But what other style of wine would give you the chance to weigh the relative merits of the still sweet and weighty 1955 with the nutty, tangy and delicately floral and spicy 1966? 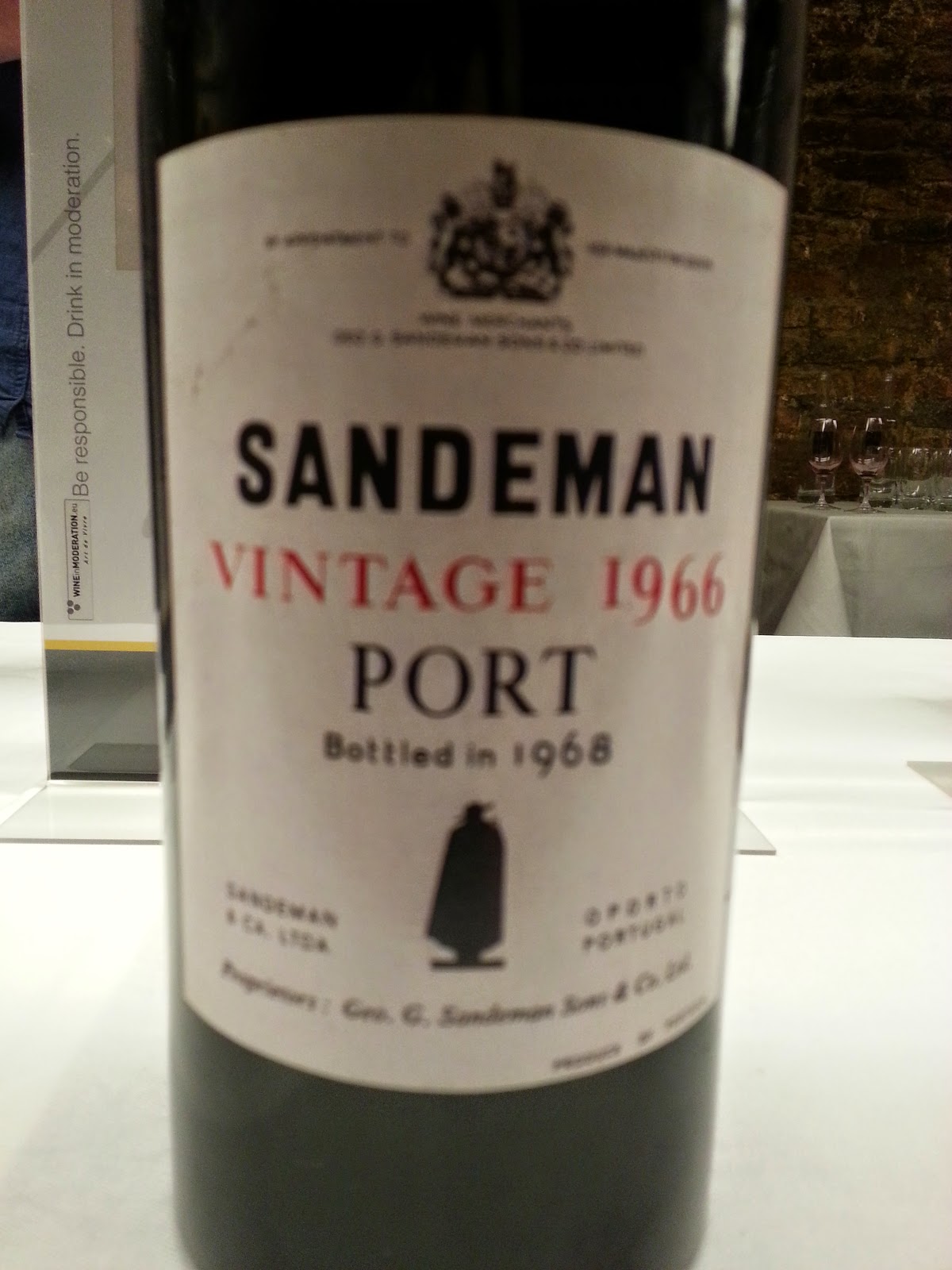 All very well for you, I hear you cry, you wine trade soaks are always being plied with line-ups of old, rare wines that the rest of us could never afford, let alone have access to.

Well, if you fancy letting your tastebuds roam over these same Ports….read on.

Of course in each case I was tasting the final version of the Port, which, although it is the product of a single year, will always be made of a particular blend of a selection of the many grape varieties which grow in Portugal’s Douro Valley, whence Port comes.

David Guimaraens, head of winemaking for The Fladgate Partnership, which includes Taylor’s, Fonseca and Croft, let members of the wine trade have a little peek into the work of the Port winemaker and to get our noses into glasses of the single varieties that make up the final blend. 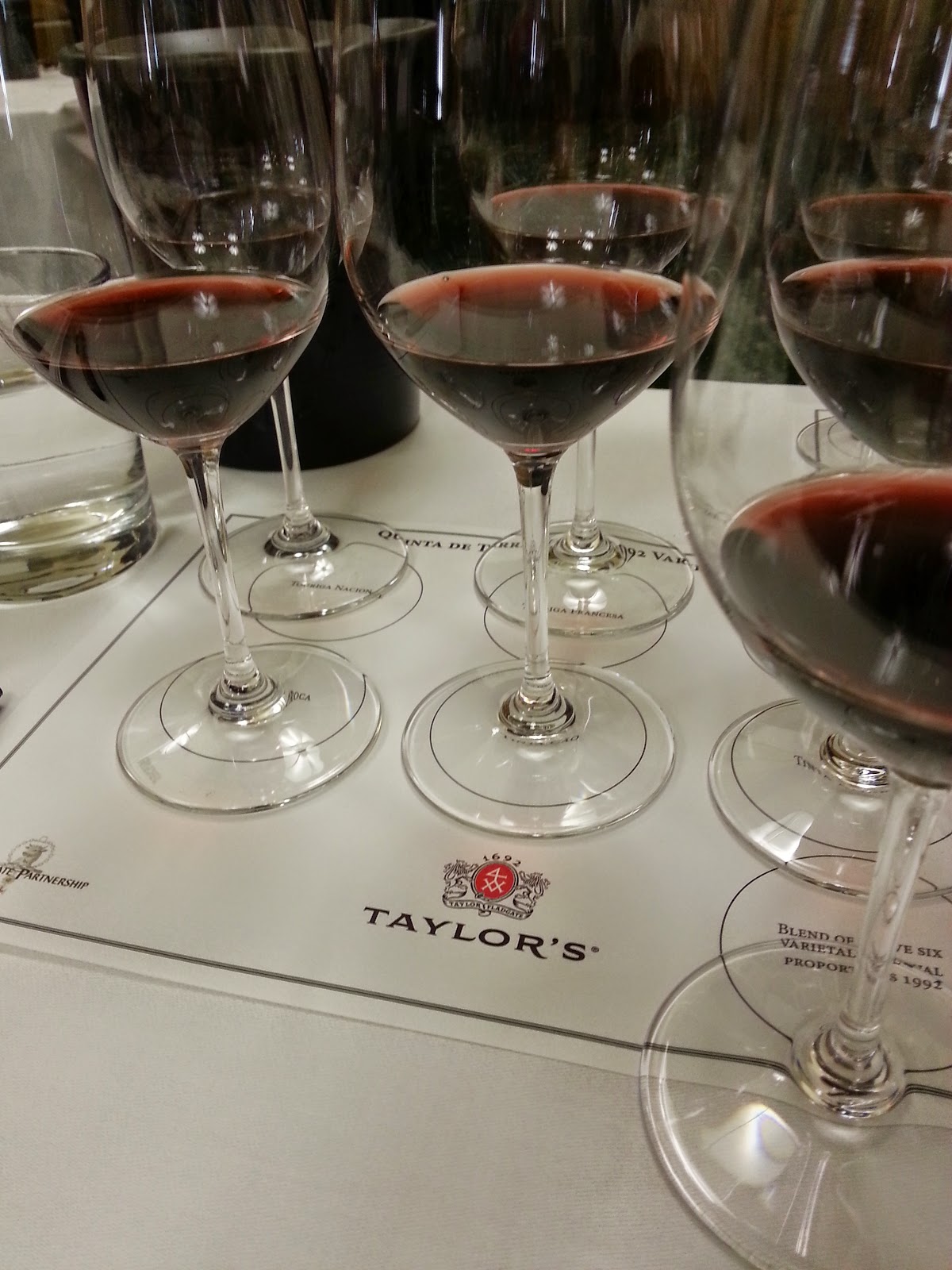 Portugal’s long history of wine-making and relative isolation for most of that time has led to it being host to a treasure trove of unique indigenous grape varieties.

Perhaps foremost amongst these varieties is Touriga Nacional, whose annoying habits of low yields and haphazard growth are tolerated because it makes such fantastic, aromatic, fruity and structured Port. Also in the equation are Touriga Francesa (meaning French Touriga – it is indeed a cross of Touriga Nacional and another variety, but may have nothing to do with France), Tinta Roriz (aka Tempranillo), Tinta Barroca, Tinta Cao and Tinta Amarela.

Our treat was to taste a “Port” made from each of these single varieties – such a thing could never be unleashed on the public as Port cannot legally be made from a single variety. While each variety had its good points, it became clear that together these varieties could become something that was more than the sum of its parts.

All those varieties beginning with T are the predominant grapes which account for the majority of any Port blend, but they will usually be joined by other, even more esoteric native varieties, which also play their part in adding a nuance of flavour. Other than Tinta Roriz, which, as Tempranillo, is grown all over the Iberian peninsula, all of these varieties are uniquely Portuguese and play a huge part in creating the unique character of Port – including, of course, Vintage Port.

If you have a generous friend with a love of Port and, ideally, an important birthday or anniversary associated with a year since 1944, then let them know that you’d be delighted to accompany them to taste Port from their special year at a wine bar in the City. A limited number of bottles of Sandeman Vintage Port from selected years since 1994 have been shipped over from Portugal for us to enjoy here.

Usually, drinking Vintage Port means you have to first decant it, then find enough similarly inclined friends to make it worth opening the bottle, as you need to treat it like a wine and finish it in one or two days.

But for now, if you visit The Sign of the Don in the City, once the cellars of Sandeman in London, now a wine bar and bistro, you can get a taste of twenty different Sandeman Vintage Ports going back to 1944. Thanks to the wonder of enomatic machines, individual pours of each wine are available. Prices start at £5 for a 25ml sample of the younger Ports, up to £1,243 for a bottle of the 1944. Alternatively you can choose from a variety of flights, featuring 25ml measures of three or more Ports, starting at £16 for the “Youngster”, going up to £52 for the “Ancestral”.

Italy - an embarrassment of riches

If you ask any wine lover which is their favourite wine producing country, they tend to fall into two camps: the Francophiles and the Italophiles.

While I tend to plump for France (and a quick glance through my back catalogue of columns here will confirm this) I can see the case for Italy. The country, and its wines, are an endless source of fascination with a wealth of indigenous grape varieties to draw on and a long history of winemaking. You could spend a lifetime studying the wines of Italy (there are worse fates) and still not exhaust what this goldmine of vines has to offer. But there is also frustration, with lacklustre wines sometimes too much in evidence, a famous name on the label no real guide to quality and a tendency to play fast and loose with wine regulations.

I swear that every time I look at a wine map of Spain, they’ve added a new region I’d never heard of before. Italy manages the same trick with grape varieties – just when you think there can’t possibly be any more to discover, up pops another one – not new, per se, just new to me.

And is it any wonder? Italy is home to 377 indigenous grape varieties, which is more than any other wine producing nation. Much more, in fact, as the second placed country for native varieties is France with just over 200.

This abundance of grape varieties is due partly to the fact that Italy has been at this winemaking lark for a very long time – long enough for new varieties to emerge and evolve. Those ancient Romans might have invented central heating with their fancy-schmancy hypocausts, but when it comes to winemaking, they were just continuing a centuries-old tradition. The Greeks, who were on the scene before the ancient Romans, dubbed the country “oenotria”, or land of the vine, testifying to its already established wine-making credentials.

Italy makes a lot of wine – it occupies the 2nd spot after France; both are quite some way ahead of Spain in 3rd place.  How much wine a year? Each year varies a little, but it’s somewhere over 40 million hectolitres – or about 20 times as much as New Zealand.

The geography of Italy can be summarised as a range of hills and mountains surrounded by sea – very little of it is flat. The boot of Italy covers many latitudes, combined with the variations in altitude, soil type, exposure and grape varieties, making it one of the most diverse wine producers - perhaps the most diverse – in the world. You can begin to see why it might take years to get to become expert in such a multi-faceted jewel of a country.

In addition, it might not surprise you to know that Italians often employ a creative approach to applying its own, sometimes arcane, wine labelling laws. Labels seem to be either impenetrably over-populated with seemingly meaningless terms; or all attempts to convey something about what’s in the bottle are sacrificed to elegant, minimal label design.

I have memories of visiting the beautiful Amalfi coast south of Naples back in the 1990s. The scenery and the food were stunning – the wines were not. Determined to drink the wines of the region, I struggled to find something that was not utterly undrinkable. The good news is that, since then, there has been a quality revolution in Italy’s wineries. They have always had good raw material to work with, and at the top level the wines have long been high quality, but now they are increasingly rising above a sea of indifferent  dross at the more everyday level.

Recently I was asked to pick six wines to represent Italy, from top to toe. I could probably pick a different six wines every week for a year and still be nowhere near exhausting Italy’s winey riches. However, here is this week’s selection, for what it’s worth.

Prosecco Bellenda Brut 2012 - £14.99 from Caves de Pyrène and independent merchants
A wine trade friend of mine calls Prosecco, Drossecco – and it’s true that too much of it is dull, too sweet and coarse. This one is drier than most (Brut rather than Extra Dry) and comes from a single vintage rather than being a Non Vintage blend. 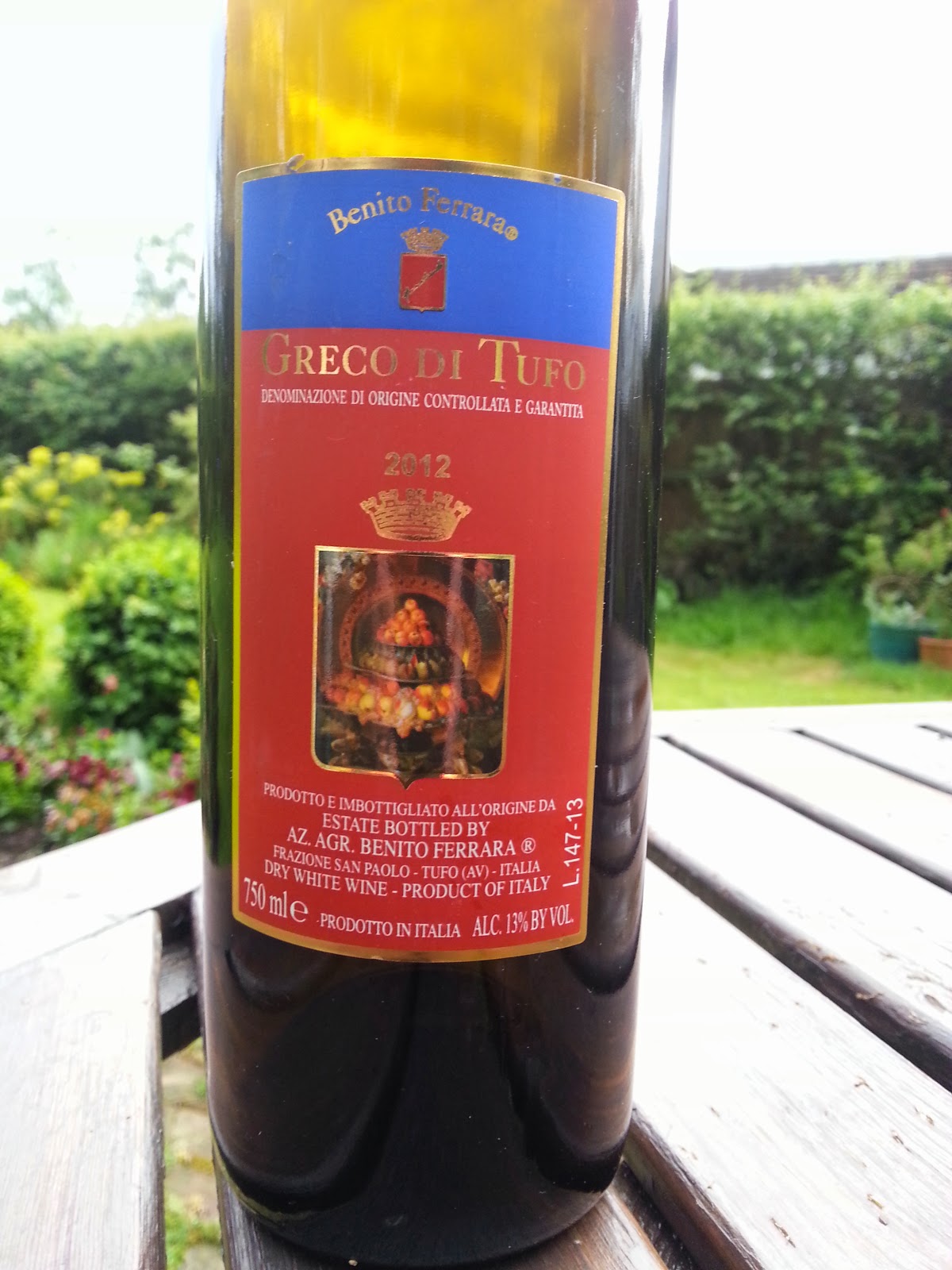 Greco di Tufo, Benito Ferrara 2012 - £17.90 from Caves de Pyrène
From Campania, scene of my disappointing wine tour of the 1990s, this would have cheered me up no end. It combines a high quality variety (Greco) with volcanic soils to make a wine with bags of character. Not particularly aromatic, but it has layers of flavour, including stone fruit, lovely texture and length. 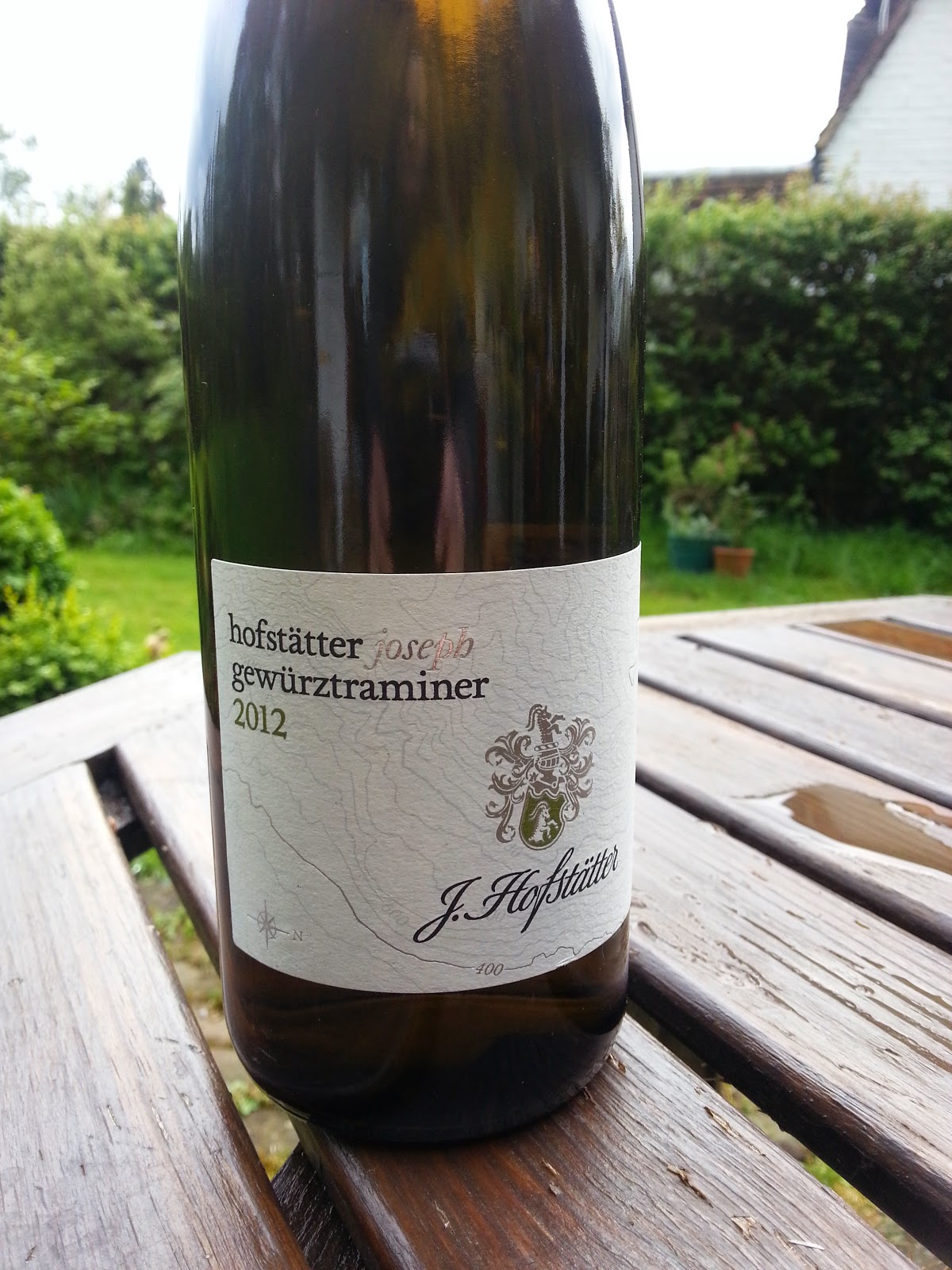 Can this really be Italian, with all those Germanic-sounding names? Well it is, just. Alto Adige, in Italy’s far north, is also known as Süd Tirol – it was part of the Austrian Empire until the end of the First World War and the population is predominantly German speaking. This aromatic variety might be associated with Alsace or Germany, but it originates from here, around the village of Traminer. Expect rich, spicy, lychee and Turkish Delight flavours.

Marzemino, Castel Firmian 2012 - £6.95 from The Wine Society
Further down the Adige valley is the Trentino region, whence this wine comes. I love the way Italy can produce some of the most serious and sometimes austere wines (Barolo and Chianti spring to mind) but alongside them is happy to dish up light-hearted, unchallenging and delightfully fruity ones, such as this Marzemino. 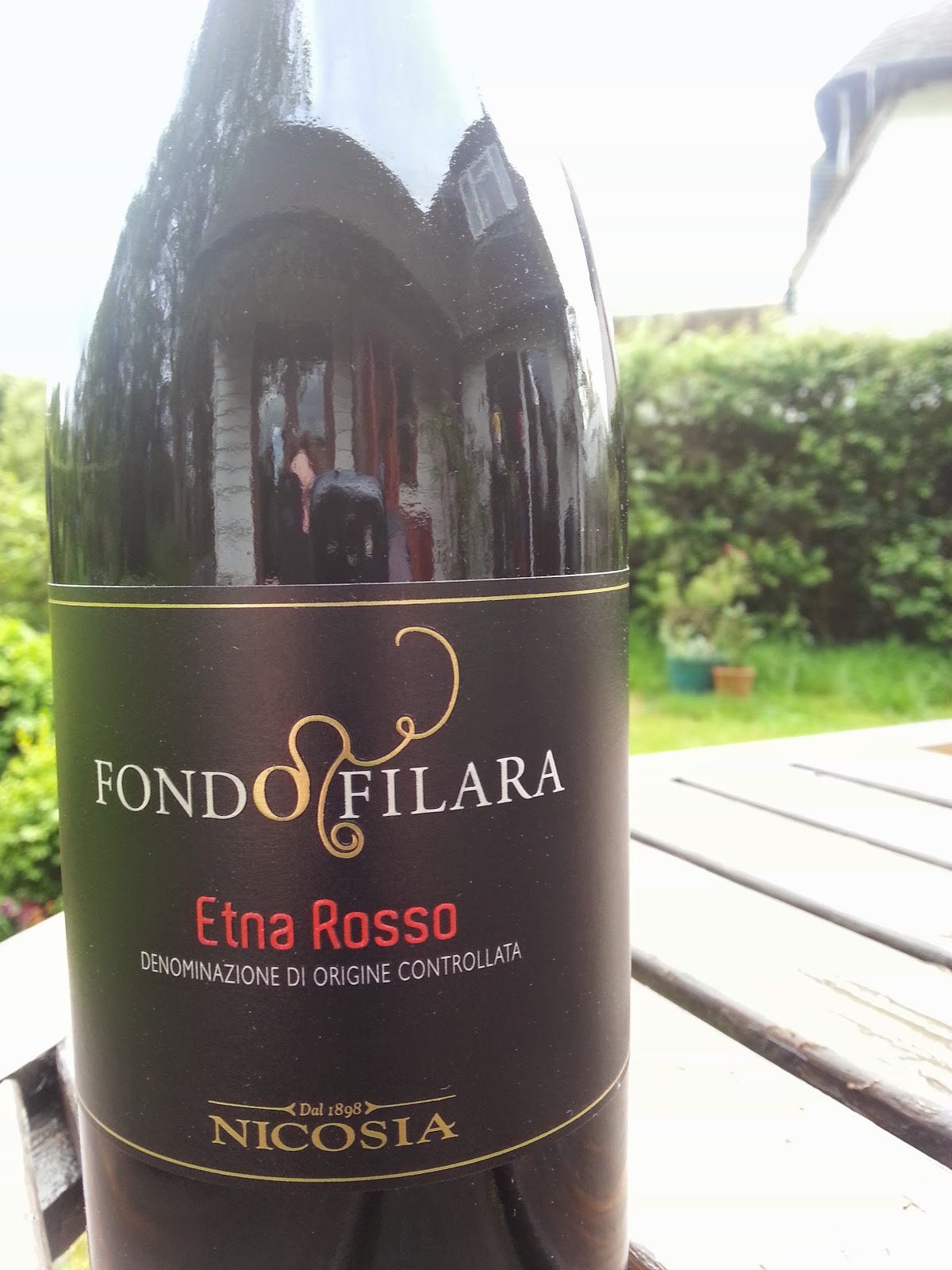 Fondo Filara Etna Rosso, Nicosia 2012 - £10.95 from The Wine Society
To say that soils in the Etna region of Sicily are volcanic is something of an understatement. This is a typical Etna blend of Nerello Mascalese and Nerello Cappuccio and its structure and minerality demand food. 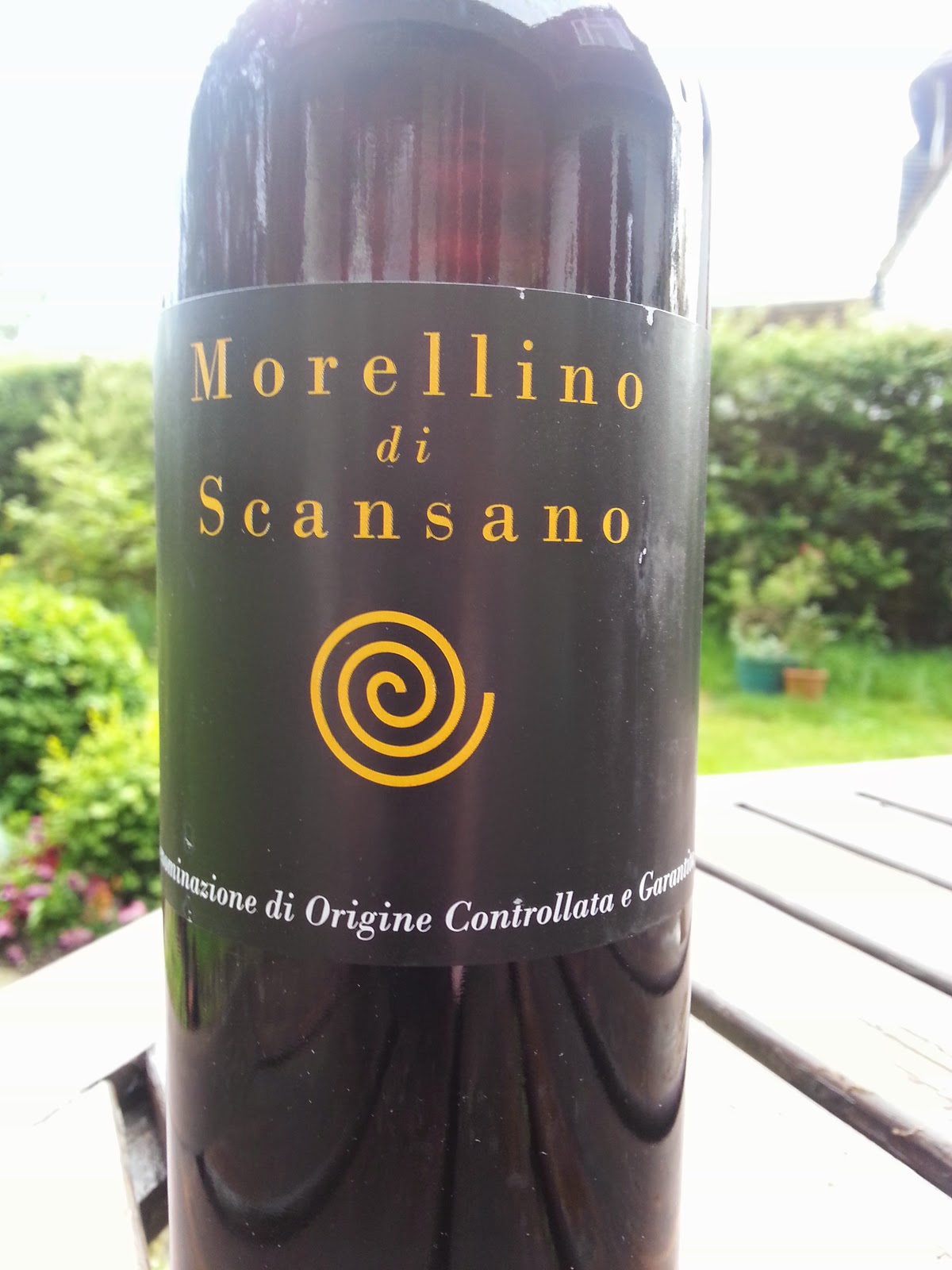 de Pyrène, Majestic has a very similar wine for £11.99


I’m avoiding the elephant in the room that is Chianti, which is too big and complex a region to be summed up in one wine – but this is one is close. From the Tuscan coast, this blend of Sangiovese (the Chianti grape) and the ancient Ciliegiolo has the black cherry and leafy characters of Chianti, but with more roundness and ripeness, making it easy to love and flexible with food.
at 06:39 No comments: