Why you should buy Champagne now 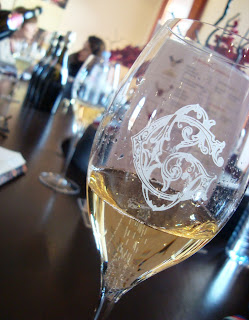 Why on earth am I writing about Champagne in January? The answer is simple – buy your bubbles now, resist the temptation to pop the cork straight away (easy to do at this time of year) and you'll find that, come next Christmas, your Champagnes have improved in the bottle to give more pleasure.

We tend to think of fizz as something that should be drunk as soon as the bottle is properly chilled. After all, most of the bottles we buy are non-vintage, with no year of production on the label – they don't look like candidates for ageing. But, in the words of Jancis Robinson MW, “better-quality young sparkling wines with their high levels of acidity can often improve considerably with an additional year or so in bottle”.

When we think of Champagne, we tend to think of the big names, the Veuves, Taittingers and Moets. And this is one of the quirks of the region – nowhere else is so dominated by brands. In Burgundy, the nearest fine wine region to Champagne, terroir is king and the best bottles will hail from an intricately delineated vineyard parcel. In Champagne, however, we seem happy to part with the best part of 40 quid, knowing nothing more than that the grapes come from somewhere within the growing area of 34,000 hectares (nearly 85,000 acres), as long as the right name is on the label. 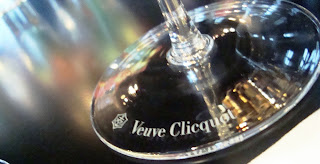 The reason for this peculiar state of affairs is that Champagne is structured like no other wine region in the world. 90% of the land is owned by growers, leaving only 10% for the Champagne houses. Many of these houses own no vineyards at all, relying entirely on agreements to buy grapes from the growers to meet their needs.

Around a third of the 15,000 growers, incidentally, produce their own Champagnes from their vineyards. These can be some of the most indiviual and rewarding Champagnes to drink, as you can make a direct link between the terroir and the wine.

Champagnes are, of course, stylistically overwhelmingly similar: sparkling (predominantly) white wines, marked by high acidity, lightness of body and elegance. However, once you've tasted a few, it's hard not to develop favourites and, before you know it, you can get hooked on the nuances of difference between producers and their various cuvées (blends).

Here, then, are some of my current favourites - recognizing that my next favourite may be one that I haven't tried yet. 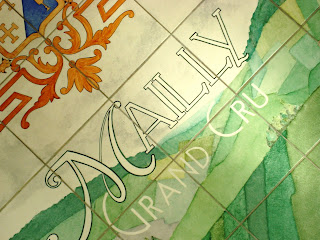 Mailly Grand Cru Brut Reserve NV - £27.99 as part of a mixed case at The Wine Reserve in Cobham, this is also Berry Brothers' Champagne, £25.95 at bbr.com
This blend of 75% Pinot Noir and 25% Chardonnay is made by the high-quality co-op of Mailly Grand Cru. Mailly is a village in the Pinot Noir heartland of the northern Montagne de Reims south east of the city. All its vineyards are decreed Grand Cru, the top of the quality tree in Champagne, and all the growers in the co-op contribute grapes only from these exalted sites.

The high proportion of Pinot Noir makes this a great winter weight Champers, with the depth of flavour and backbone to stand up to even quite rich foods. 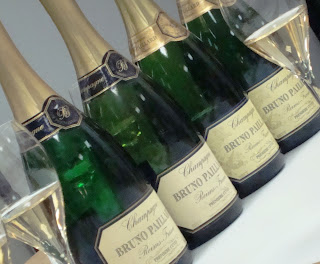 Bruno Paillard Brut Première Cuvée - £30.52 from Bibendum
Whereas most Champagne houses fall over themselves to emphasize their historical roots, Paillard is unashamedly modern. The house was founded in 1981 and its purpose built winery and “cellars” dates from 1990. With no tradition to follow, Bruno is free to create Champagnes in the style that he favours – luckily, this style has also found plenty of fans prepared to buy.

This is an odd recommendation in that I wouldn't advise you to drink this Champagne any time soon. I was lucky enough to taste this “multi vintage” (as opposed to non vintage) blend at differing times since it was disgorged. Disgorgement is when the ageing on the lees finishes and the plug of dead yeast cells is expelled from the neck of the bottle and the final cork is put into the now fully sparkling wine, usually along with a small “dosage” of wine and sugar. Most Champagne houses will release wines within a few months of disgorgement, yet, as you might imagine, the suddenness of this intervention and the addition of foreign elements has a profound effect on the wine's development which can take many months, even years, to play out.

Bruno Paillard recognizes this by printing the disgorgement date on all bottles of his Champagnes – the current available cuvée was disgorged during the first quarter of 2011. I much preferred the same cuvée at six and even fourteen years since disgorgement – you might have to exercise some patience to see if you agree with me! 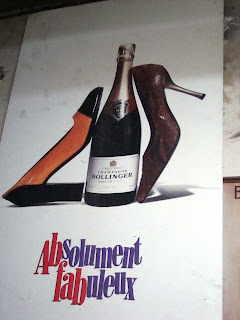 Bollinger Grande Année 2002 – widely available at around £75, including The Guildford Wine Company in Shalford. The Wine Reserve in Cobham has the 2000 for an unbeatable £59.99 as part of a mixed case.
Bollinger, favourite of Patsy and Edina, James Bond and countless others is a very English Champagne – 40% of its production ends up here. They are are also proud to be part of an exclusive club of independent family-owned houses which also owns 60% of the vines needed to supply its needs. 2002 was a great year for vintage fizz and the best (when you can find them) are drinking beautifully now. Mathieu Kauffman, Bollinger's cellar master, says that 2002 is the best year since 1996 (I'll take his word for it). A blend of 60% Pinot Noir (for power, depth and backbone) and 40% Chardonnay (for elegance and finesse) that has been aged on its lees for 7/8 years (the law stipulates a minimum of 3 years for vintage Champagne). You could sip this on its own, but it would be a shame to pass up its nutty, wild mushroom and hint of Christmas pudding (yes) flavours with food. Long-lasting and lively – try it with fish, lobster, scallops, even guinea fowl and pheasant.
at 01:14 1 comment:


Now is the time that many of us, for the only time of the year, give some thought to our livers. We toy with the idea of “doing something” and think of giving it a thorough detox as an antidote to the excesses of December.

The British Liver Trust, a fount of knowledge, as you might imagine, informs me that the liver is our largest internal organ and plays a vital role in keeping us alive, carrying out 500 different functions. It is the factory of the body, making proteins, blood clotting factors and products to help with digestion and energy release. Your body uses it as a store for energy and iron; it also purifies the blood of bacteria, by-products of digestion, alcohol and drugs.

It is this last function that interests us, for one month of the year at least, as many of us undertake to lay off the booze in January. The idea of becoming slimmer, shinier and healthier by giving the liver a rest is undoubtedly attractive.

There are those who want to take things further by going on some kind of detox diet. Sipping water and lemon juice during meals in order to aid digestion and thereby support liver function is currently modish – though there's no scientific evidence to support it. Just a glass of water with meals is likely to be just as valuable.

There is some evidence that green tea, with its high levels of antioxidants, can be helpful – if you can stand the taste of the stuff. Much more palatable to me is the finding that coffee can also be supportive of good liver function – guilt-free flat white please.

However, the idea that we need to detox our liver at all is undermined by the British Liver Trust's finding that “there is no evidence that toxins build up in the liver”. So it looks like we don't need to spend more money and energy on investing in the latest snake oil to rid ourselves of the poisons that we've been busy ingesting for the past few weeks.

Nevertheless, we can't avoid the evidence that alcohol does damage our livers and we drinkers could all benefit from giving our systems a few days off to recover.

But a whole month? Come on, January feels like the longest month already, without making it wine-free. Do our systems really need weeks to recover? The official line at the NHS is that even heavy drinkers should be through withdrawal symptoms (let's hope we're not at that stage) and be on the road to liver recovery within 3-5 days.

So a few days off is really all our systems need. Month-long abstinence is much more to do with testing our will power and self-discipline than any proven health benefits. But there are other upsides: alcoholic drinks contain calories, so cut them out and you might find you're slimmer and trimmer – as long as you don't swap the wine for more food!

Alcohol causes dehydration (the root of many a hangover) so cutting it out should result in better skin and overall healthiness. And there's no getting away from the fact that drinking costs money – cutting out the vino could also help with the wallet hangover of Christmas too.

The trouble is, it's easy to view a booze-free start to the year as a deposit in the good behaviour bank and to excuse excesses later in the year with the comforting thought that you did spend a whole 4 ½ weeks off the drink. But of course the body doesn't work that way and what we really should all be doing is avoiding excess and keeping within sensible drinking limits – and a few wine-free days each week of the year should do the trick. Hmmm. I'll keep you posted on that one.
at 01:38 No comments: