Wine is not the only drink - are aperitifs making a comeback?

It seems that cocktail hour may be making a reappearance in our lives. And instead of the usual gin and tonic, we are getting more exotic in our tastes. While a couple of full strength vodka martinis before dinner might be too much for you (it is for me), there is fun to be had in seeking out specialist aperitifs that get the digestive juices flowing, without knocking your block off.

Vermouth is possibly the most famous style of specialist aperitif. The process to make it sounds straightforward enough: various botanicals are steeped in grape spirit for a period of time and then mixed with wine and caramel to give the required level of sweetness to balance the dryness of the wine and the bitterness of the herbs. In order to qualify as vermouth, one of the botanicals must be wormwood or Artemisia absinthium. And yes, the Latin name gives you a clue that this is the same herb used to make Absinthe, rocket fuel of the Parisian demi monde, the wormwood giving it its hallmark green tinge. Wormwood has also been credited with causing hallucinations in Absinthe drinkers, even madness – though I feel the very high alcohol level (often over 50% up to over 70%) might also have had something to do with any ill effects.

The German for wormwood, Wermut, gives us vermouth in English. Vermouths tend to be around 14-20% alcohol, roughly the same as sherry and port.

The birthplace of vermouth is Italy and its second home is France. The big names, Cinzano and Martini, are both based in Turin, northern Italy. Noilly Prat, the classic French vermouth hails from Marseillan, not far from Béziers in southern France. Noilly Prat Original Dry, with its full flavoured style and hint of herbal bitterness would be my choice for a classic vodka martini, though in truth I don’t think I’ve ever asked for it by name – how on earth do you say it? Anglicising it to “Noily Prat” sounds daft, but the apparently correct way to say it in French, “Nwa-ee Pra” sounds equally silly. I once tried to get a French colleague to help me out, but he insisted that “C’est pas français ça” and seemed to think I was trying to trick him into saying something rude and that he was not about to fall into my trap.

THE big aperitif story of the last couple of years has been Aperol, or specifically Aperol spritz. Aperol shares some characteristics with vermouth, but the dominant flavouring is quinine, derived from the bark of the quinquina tree, rather than wormwood, making it a quinquina. Aperol originated in Padua in Italy and became popular between the wars. It’s a slightly disconcertingly bright orange colour and has a bitter-sweet flavour profile – think of a less brightly coloured and less intensely  flavoured Campari.  The in vogue way to drink it is as a spritz: 3 parts Prosecco, 2 parts Aperol and 1 part soda water, over ice with a  slice of orange. As Aperol is only around 11% alcohol to start with, this ends up being a lightish option as an aperitif and has the virtue of being fizzy, which is what we Brits seem to require in our drinks currently.

There are no hard and fast rules about the different categories of aperitif and you might also come across Americano, which is usually grouped with the quinquinas as this ingredient is generally part of the recipe. Another issue which muddies the waters is that these drinks usually involve proprietary blends of herbs and spices and the exact recipes will be jealously guarded.

Dubonnet was originally developed as a way of making quinine palatable to French foreign legionnaires fighting in malaria-infested parts of Africa. Its glory days are probably behind it (or maybe it’s due a revival) but it is thought to be a favourite tipple of the Queen, with equal parts Dubonnet and gin I understand. Respect, your Majesty.

Byrrh is a stalwart of dusty roadside bars anywhere in deepest France and is something that I’ve never actually tasted - another example of not knowing how to say it. Well I do know how to say it, which is “beer” – but an English person asking for that in a French bar is much more likely to end up with a glass of Kronenbourg than a small glass of a quintessentially French aperitif. I must be braver!

The French have a fondness for a range of herbal-based drinks, including  Suze, which is flavoured with gentian, making for a really bitter drink, and St Raphael, which is red, fruity sweet and only slightly bitter. It’s hard to know if these should be classed as vermouths or quinquinas. You might also come across Dolin from Chambéry on the edge of the French alps, which is possibly a “true” vermouth.

Such discoveries illustrate how hard it can be to classify aperitifs, but also one of the pleasures of exploring them:  they often reflect local tastes and there are some hugely popular drinks in certain regions which are unknown elsewhere.

My latest vermouth discovery hails not from France or Italy, but Archway, north London. Sacred Spiced is an authentic vermouth based on predominantly English produce. The base wine is provided by Three Choirs in Gloucestershire, it contains thyme grown in Somerset and the organically grown  wormwood originates in the New Forest. Other ingredients, including cubeb (a type of peppercorn berry) and cloves obviously have to be imported. It’s a rich chestnut brown colour with a good balance of bitterness and sweetness with flavours of orange zest and spicy complexity. It would make a cracking Negroni – 2 parts gin to 1 each of vermouth and Campari. Available from Caves de Pyrene for £48.
at 07:10 No comments:

The French Appellation Contrôlée system is famously based on guaranteeing the geographical origin of a wine, rather than focusing on the quality of what is actually in the bottle – something that causes a headache for those who are trying to sell French wine and the consumers who wonder what the difference is between a bottle of Bordeaux at £4 and one at £24.

Six years ago, the châteaux who were members of the then rather moribund Cru Bourgeois classification of the Médoc decided to break with tradition and to let their wines stand or fall on the basis of an objective measure of the wines’ quality.

Frédérique Dutheillet de Lamothe was in London recently to help spread the word about the Bordeaux classification that is unlike any other. With her background working for Tom Ford at Gucci, she knows a thing or two about building and protecting a brand. 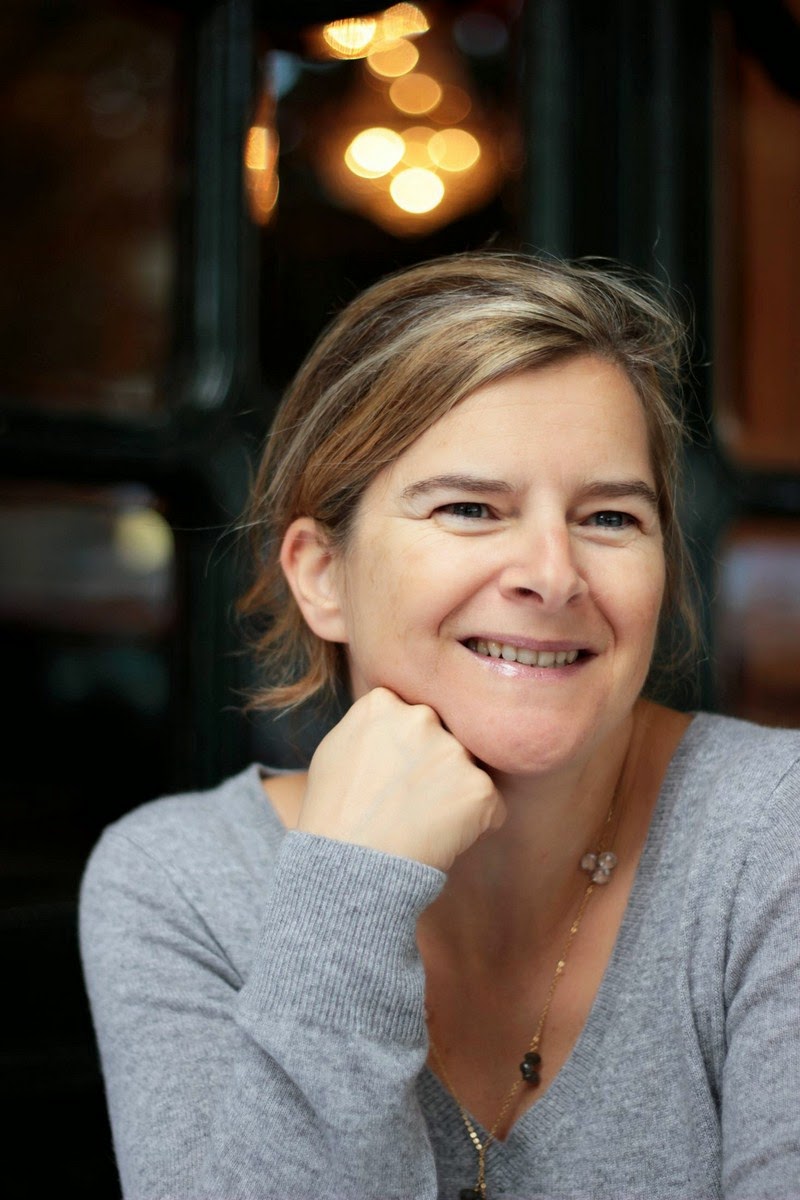 The term Cru Bourgeois has been around for many years, but its new incarnation began with the official selection from the 2008 vintage. The latest selection, from the 2011 vintage, was published in September 2013. All independent châteaux in the Médoc are elegible to participate from the eight appellations of Médoc, Haut-Médoc, Listrac-Médoc, Moulis, Margaux, Pauillac, Saint Julien and Saint-Estèphe.

Whereas the appellation rules guarantee the geographic origin of a wine, Cru Bourgeois is a measure of a wine’s quality. Cru Bourgeois acts as an overlay to the existing Appellations, rather than attempting to replace them.

In 2011 256 producers were selected as Crus Bourgeois out of a total of 350, representing annual production of 28 million bottles, which is around 30% of total Médoc production. The average price of a bottle of Cru Bourgeois is £17, with prices ranging from around £10 up to £47.

Each year producers have to maintain quality levels in order to be awarded Cru Bourgeois. There is no automatic qualification based on previous years’ performance and no grace period to regain form after a dip.

Feedback from retailers, at least in France, is that they have seen a huge rise in quality in the short time that the new system has been operating. The number of Cru Bourgeois with distribution in the US has risen by 25% in the past year and around 40% of Cru Bourgeois have a retail presence in the UK.

So far so good – but how many of you, as wine consumers, are aware of the Cru Bourgeois system? Here Frédérique has a job on her hands, “The term Cru Bourgeois has been in existence for many years, but has been something of a sleeping giant. Our job is to reawaken it in the consumer’s mind.” she says.  Without an unlimited marketing budget, it’s difficult to reach out to every consumer. However, social media is a key part of any brand’s marketing mix nowadays, allowing them to connect directly with the public: they use QR codes on the Cru Bourgeois bottle sticker, for example, which links to information specific to the particular château. 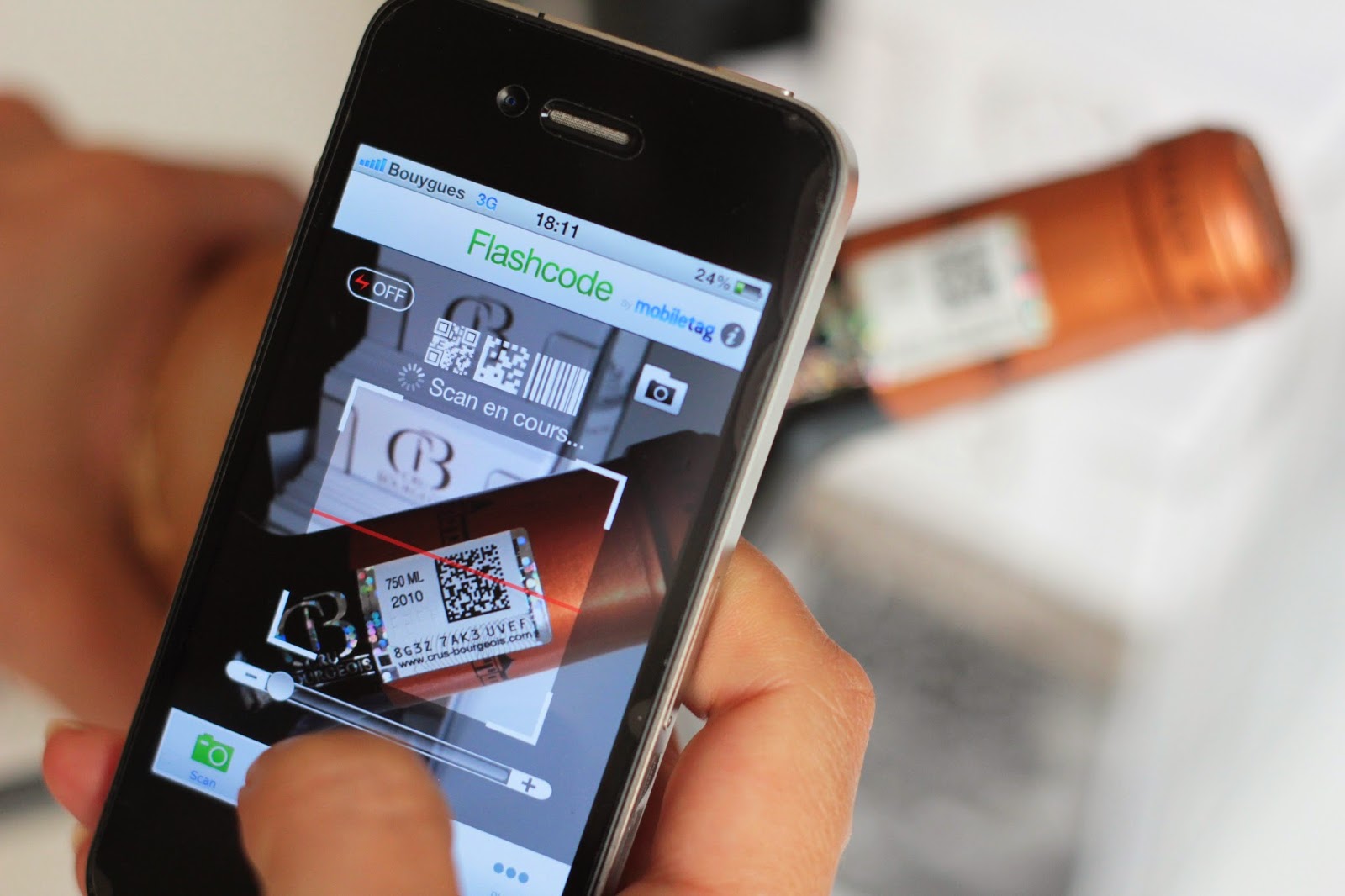 There used to be around 500 Crus Bourgeois under the old system, so the current crop of just over 250 represents a significant pruning of dead wood. And 250 may still sound like a lot (and it is), but when you think that there are around 8,000 châteaux in the whole Bordeaux area, it does help to sort the wheat from the chaff. We often forget just how big a wine producing region Bordeaux is – it produces more wine each year than many countries do.

Frédérique’s previous experience at Gucci means she has a deep understanding of how to manage a brand. As she puts it “We treat the Cru Bourgeois name as a brand and take care to reinforce use of the logo, ensuring it is always used on bottles, at events and in all our communications. 25-30 million bottles of Cru Bourgeois are produced each year – and each bottle is a marketing tool. Our name can help consumers to choose from the vast array of wines on the shelf, providing confidence in the quality of wines from some of the world’s most famous appellations.” 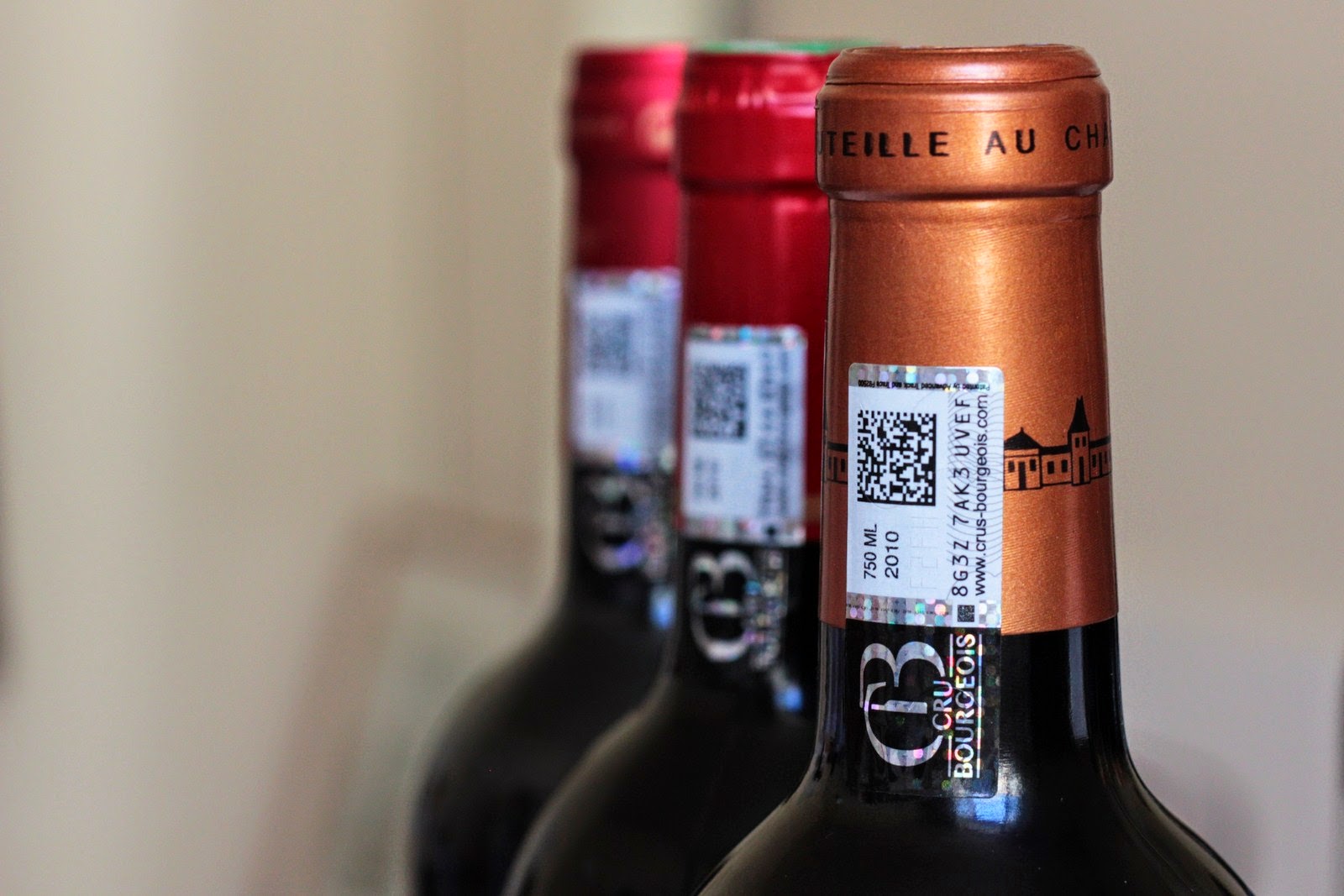 Bordeaux is experiencing its fair share of wine woes. There is still too much poor quality, dull stuff produced at the cheaper end of the market, dragging down the reputation of Bordeaux with it. At the other end of the scale, the internationally successful classed growth châteaux and stars of Pomerol and St Emilion have seen their prices rise beyond the reach of many traditional claret drinkers. In the middle sits Cru Bourgeois, hoping to appeal to disillusioned classed growth buyers who are trading down and to newer Bordeaux drinkers who are able to trade up from the stubbornly low amount (still around £5) that we are prepared to pay for a bottle of wine in the UK.

Château Mongravey Margaux 2011 – around £20 from 3D wines
This is nicely defined, with sweet, ripe and juicy fruit from Margaux, renowned for producing the Médoc’s most charming and “feminine” wines. Call me shallow, but I find the name irrestistible too.


Haut-Médoc’s wines can be some of the most traditional claret; traditionalists will not be disappointed with this wine of classic Bordeaux proportions, present tannins and fresh fruit. As you would expect, this will mellow over the next five years and promises plenty of enjoyment to come.
at 02:46 No comments: