That's the way to do it - building a French wine brand

It’s true that French wine is traditionally governed by the dictates of the Appellation Contrôlée laws, so that AC (or AOP nowadays) wines are labelled according to their geographical origin. This is fine for really well known ACs/AOPs like Bordeaux and Champagne which are, in effect, brands which transcend the geographical nature of the regulations.

But what about  AOP Côteaux du Giennois? Or AOP Côtes de Toul maybe, or AOP Tursan? A good number of the over 300 wine AOPs in France are househould names, but many more, like these ones, are not. Consumers (and even wine trade folk) cannot be expected to know where they all are and what style of wine will be in the bottle. And why should understanding wine be such a difficult business anyway?

Building a commercial brand often means departing from the strict regulations of the region’s AOP. Consumers want to see a name that they are familiar with, which provides a feeling of comfort and security - without the need to understand French wine law.

The Vin de Pays category, so successful in the 1980s and 90s, did act as a kind of brand. The vast majority were from that huge swathe of vineyard areas in the south, collectively known as Languedoc-Roussillon. Vin de Pays d’Oc was a boon to wine drinkers: often varietally labelled, usually good value red, white and rosé wines that were easy to understand and appreciate.

Now, however, Vin de Pays is no more and wines should instead be labelled as IGP (Indication Géographique Protégée). Though Languedoc-Roussillon producers can also put the words “Pays d’Oc” on the label, as a nod to the good old days of Vin de Pays d’Oc.

French producers who want to include grape varieties outside the rules of the AOP can often use the IGP as an alternative. For those who want to blend between regions, something that is common in the New World, the catch-all Vin de France category is a useful support. And yet thus far, there have been few truly successful French wine brands.

One French wine company which is doing better than many at building brands is Badet Clément. You may not have heard of the name, but you may well have seen their Les Jamelles wines in the Co-op; or perhaps come across one of their Abbotts & Delaunay range on a restaurant wine list. They also have a range of other brands which are more directed towards other markets across Europe and beyond. Their total annual production of 15.6 million bottles gives you an idea of the scale of their operation. 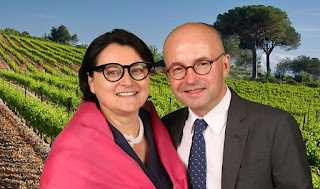 Surprisingly, perhaps, all this is the work of a husband and wife team, Laurent and Catherine Delaunay, who recently celebrated the twentieth anniversary of their business. Of course Badet Clément is more than Laurent and Catherine, who now employ 50 people and boast a shiny new winery to facilitate even further growth in future.

Their Les Jamelles wines are a neat range of varietally labelled wines (all IGP) with plenty of easy-going consumer appeal at keen prices. 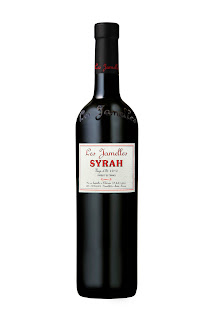 Les Jamelles Viognier £5.99 until 12 July (usually £6.99) at the Co-op
A Viognier for people who don’t like the variety’s richness and weight, which can tend to flabbiness. This has good fresh acidity and juicy fruit with just a hint of peach.

Les Jamelles Syrah - £5.99 until 12 July (usually £6.99) at the Co-op
Soft, ripe Syrah with a mix of red and black fruit characters that speaks of the warm south, but with a good brightness and freshness too.

My favourite of the range, this has bags of brooding, black fruit with some herbal character in the background.