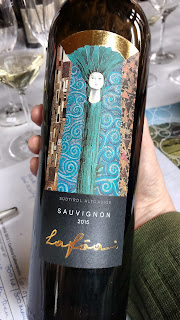 Where to buy Alto Adige wines ?
No-one has a very long list of wines from here, partly because production is pretty small to begin with. In addition to stockists already mentioned, Alpine Wines, as you might expect, have a small but decent selection; and Guildford’s Caves de Pyrène have a few well-chosen producers on their list.
at 10:13