What have the Greeks ever done for us?

The poor Greeks have been through the wringer in recent times. I don't know what they have made of the wholly erroneous assertion that the only two words to have come to English from Greek are tragedy and crisis. A cursory glance at the dictionary soon gives the lie to this - abacus, abracadabra, academy and academe, acme, acne, acolyte, acoustic, acrobat, acronym, acrophobia, adenoids – all these words have Greek origins, and, as you can see, I didn't even have to finish the As to come up with this list.

The Greeks, it must be said, are suffering from something of a PR problem. Wine lovers, however, have special reason to be grateful to them, for the Ancient Greeks seem to have been instrumental in bringing grapes and specifically wine-making to most, if not all of the Mediterranean countries. From Sicily and Italy, through to Spain and of course, France, the Greeks feature heavily in the history of vines and wines. 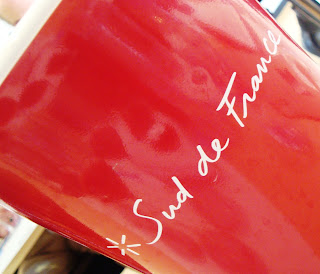 Vines were officially brought to France by the Romans in 125BC to the then island off the south coast of France at La Clape. Ancient Rome was an empire built on bureaucracy as well as brute force and they have left us firm written evidence of their work. The Greeks had probably got as far as the Rhone Valley with their vines well before this date, but failed to record their exploits. Oh dear, that habit of not making official records seems to be a hard one to break...

While modern Italy and Greece may not be flavour of the month with their fellow Eurozone members, we wine drinkers should perhaps remember what to be grateful for. Here are some recommended wines from the Languedoc-Roussillon, that vaste swathe of vine-growing that spreads from the right bank of the River Rhone to the Pyrenees and the border with Spain and the jumping off point for ancient wine growers. The region is something of an economic underdog, with none of the swank and hauteur of Bordeaux. What they lack in flash Châteaux and shiny Mercs though, they make up for in great terroirs and some gifted, committed winemakers – and reasonable prices.

Château d'Anglès Blanc Classique 2009 - £10.95 at Slurp.co.uk
This white wine springs from the inhospitable, hump-backed outcrop of limestone that is La Clape (no sniggering at the back), which lies between the ancient Roman port of Narbonne, or Narbo Martius to the first inhabitants, and the sea. Nothing much grows here, except vines, wind-blasted pines and olive trees, as there is no soil to speak of; the Mediterranean sun beats down relentlessly, dazzling as it reflects off the bright white of the limestone; it hardly ever rains and it is always windy. Not too promising a site to make any wine, but especially not white wine you might think.

But there is wonderful freshness in this blend of Grenache blanc, Bourboulenc, Marsanne and Roussanne (the eagle-eyed amongst you will no doubt spot this this is pretty much a recipe for white Châteauneuf-du-Pape, but not at Châteauneuf prices). The aromas are floral and chalky, leading onto a broad-in-the-beam palate of peppery, herbal flavours. 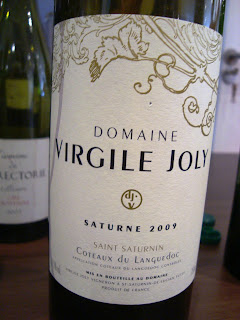 Domaine Virgile Joly Saturne Rouge 2009 – newly-listed at organic specialists Vintage Roots at around £15.50
Virgile Joly is a leading light of organic viticulture down in the Languedoc. You can read about his beginnings as a winemaker in Patrick Moon's very readable memoir, Virgile's Vineyard: a year in the Languedoc wine country. And have a glass of this beside you while you read, a blend of Grenache, Syrah and Carignan plus a little Cinsault. It was aged in concrete tank, so there is no oak to disguise the flavours of the fruit. It's a smooth beast, with the warmth of the south in a hot year – but its minerality gives it freshness and structure. Made from organic grapes, using natural yeasts and minimum amounts of sulphur. 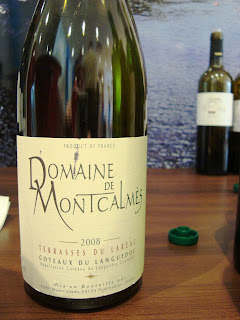 Domaine de Montcalmès 2005 – The Wine Society has the 2004 for £17 or the 2007 for £21. Les Caves de Pyrène at Artington near Guildford has the 2008 for £23.49
This is a classic southern French cocktail of 60% Syrah, with 20% each of Grenache and Mourvèdre – a blend more snappily known as GSM downunder in Australia. Oak-ageing (this has had two years) and that amount of Syrah can dominate a wine, but not here: the damson fruit is fresh and juicy, with savoury notes of tar and spice. It has balance and freshness in abundance. 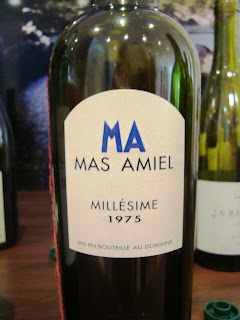 Mas Amiel Maury 1975 – hard to find in the UK; Caves de Pyrène have the 2009 for £21.49 and Slurp.co.uk £17.95. Closest in style to the 1975 would be the 15 year old Prestige, £23.50 from Lea & Sandeman
Oft overlooked treasures of Roussillon, in the foothills of the Pyrenees, are the aged fortified wines of Maury, Banyuls and Collioure. This one started its life in the same way as Port – that is the fermentation was brought to a premature halt by adding grape spirit, resulting in a wine that still has some sweetness, plus high alcohol. But thereafter comes a quirk: ageing in glass demijohns, which are left outside, exposed to the sun's light and heat, as well the huge differences in temperature between day and night. A year of this seemingly foolhardy treatment oxidises the wine quite thoroughly; normally a disaster for dry wines, it is the making of these “vins doux naturels”. After the demijohns the wine is put in to large, very old oak casks to age further – in this case a further 26 years. These wines have a unique “rancio” character, which sounds bad but means a delicious tangy array of flavours including figs, dates, butterscotch, orange marmalade and nuts. In short, yum.
at 05:54